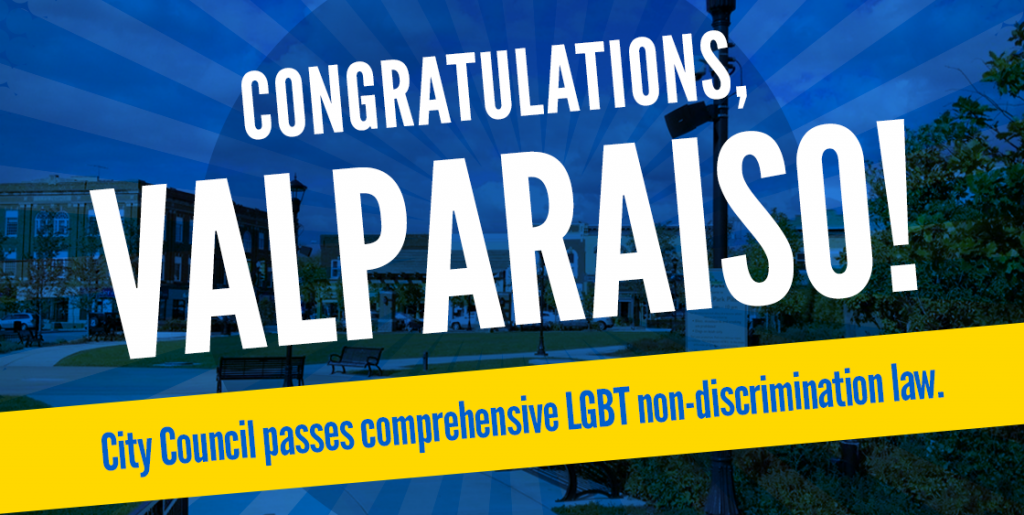 The City Council’s historic vote is the culmination of a broad public conversation in Valpo on the importance of these protections. These conversations, through many public hearings and meetings with legislators, are what ultimately led the city’s Advisory Human Relations Council to draft the ordinance that was passed last night.

“Members of the LGBT community are our neighbors, our co-workers, our family members and family citizens and why would we want to deny them basic civil protections?”

Over the last several months, numerous Valparaiso residents have stood up to share their stories with members of the City Council and the public at large to underscore just what was at stake with consideration of this much-needed ordinance. 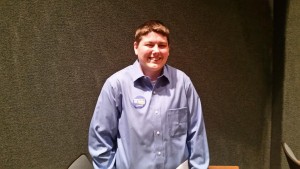 One of those residents was Finn McGowan—an organizer who has been working tirelessly to advocate for LGBT rights in Valparaiso and around the state. Finn has watched far too many of his transgender friends fear for their jobs because the law in Indiana does not prohibit discrimination on the basis of gender identity/expression. Finn also feared for his safety; as a transgender man (before the passage of the ordinance last night), he was not protected from discrimination in any public place. But now that Valparaiso has passed its human rights ordinance, he is finally protected in the city he calls home. That’s why Finn has spent the last several months meeting with lawmakers and educating community members—in hopes that everyone who calls Valpo home will be protected.

Freedom Indiana has been honored to stand side-by-side with Finn and incredible advocates in Valparaiso who built a strong, grassroots movement—a movement that won big last night. And we send our heartfelt congratulations to every person who woke up this morning knowing they are welcomed, affirmed and protected in the town they love.

It’s time to bring the reality of comprehensive LGBT protections to ALL Indiana communities, and Freedom Indiana is committed to leading that fight alongside our supporters across the state.

Keep the momentum going! Pitch in $3 now to fuel our campaign to pass non-discrimination protections in more Indiana municipalities. Every dollar will send a clear message to state lawmakers: Our movement to protect LGBT Hoosiers isn’t going anywhere.