I Wanted a Safe Workplace In Which I Could Transition Kathrynne • Indianapolis
Two Bi Hoosiers Share Their Stories in Honor of Bisexual Awareness Week September 21, 2016

This week, starting Monday, September 19, the LGBT community in Indiana and around the country is celebrating Bisexual Awareness Week, which includes the 18th annual recognition of Celebrate Bisexuality Day on Friday, September 23. 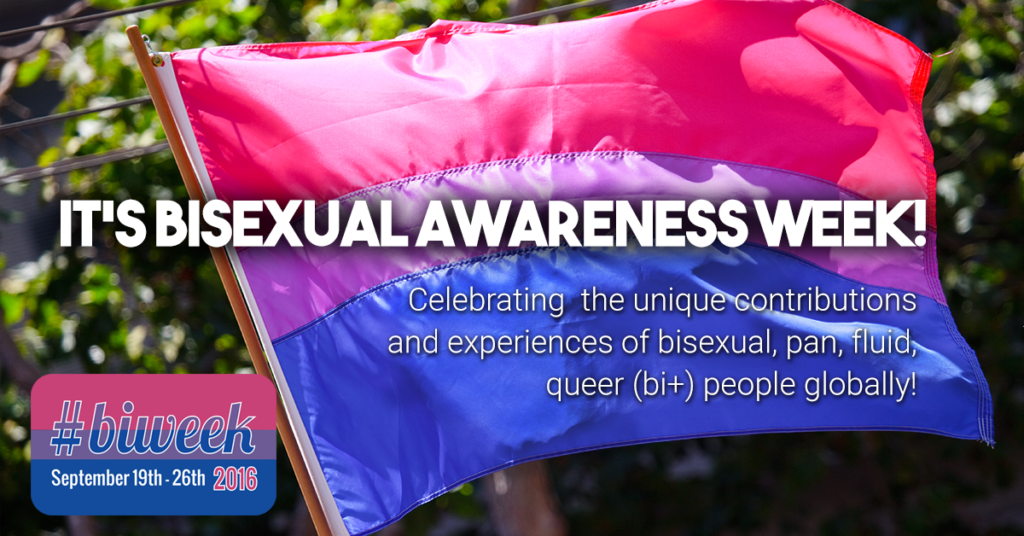 According the Williams Institute—a think tank devoted to the study of LGBT public policy issues—bisexuals are a majority of LGB people in America. Yet our culture has a habit of dismissing or trivializing their life experiences. The purpose of Bisexual Awareness Week is to focus attention on these experiences and celebrate bisexual, pansexual, fluid, and queer (bi+) people across the world.

To that end, Freedom Indiana is proud to share the stories of two bisexual Hoosiers.

According to Alex Totten, being bisexual brings with it many of the same challenges as being gay or lesbian. In Indiana especially, since like other LGBT people he can still be fired, evicted or denied service in a public place just because of his sexual orientation.

One thing that is different, though, is the process of coming out. He says bisexual people frequently encounter a lot of disbelief when they talk about their sexuality—when they first come out, and every time they’re in a new relationship.

“Being bisexual involves coming out frequently. You initially come out, and you come out to new people as all LGBT people do, but bisexuality is unique where you will sometimes need to come out to the same people again. When a relationship changes, your bisexuality is questioned. You can be straight now, or gay now, or never bi to begin with. Because of this, a lot of bisexual people will choose to stay in the closet, as I did for a long time.”

Alex currently works for a political campaign, an environment where he doesn’t have to worry about being discriminated against at work because of his sexual orientation. But what happens when the campaign is over? And what about other Hoosiers who don’t work for organizations where LGBT acceptance is the norm? Alex says this is why Indiana badly needs statewide LGBT non-discrimination laws.

“The majority of LGBT Hoosiers aren’t as lucky as me. We’re getting fired every day for being who we are. That’s why Freedom Indiana’s work is so critical. Ensuring statewide LGBT non-discrimination is truly life or death for so many folks.”

Like Alex, Kylie Lebaroff also struggled with coming out. She grew up in a small town in Pennsylvania, where she felt being in the closet was her only option. Kylie moved away from Pennsylvania when she was younger, and since then has been living openly as a bisexual woman. 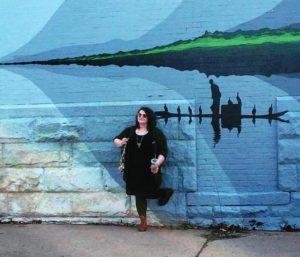 “[Since moving] I have grown and flourished like I never thought possible. I am vehemently out. I am tremendously proud. I am an unstoppable bisexual. I love everything about my identity.”

But Kylie says the threat of having to go back in the closet is always there, especially since Indiana has no statewide non-discrimination protections. She never knows when she’ll switch jobs, move or otherwise have to hide her identity because of the threat of discrimination.

“Freedom Indiana and the work that they do are so important to me. I could never imagine having to go back into the closet. It’s a cold and dark place. I want to live out loud and in living color at work, as well as every aspect of my life. Ensuring non-discrimination legislation would allow me to never feel the fear of the always-present closet ever again.”

Click here to learn more about Bisexual Awareness Week from our national partner, Freedom for All Americans.