The Valparaiso City Council will open its chambers today for a public hearing on proposed changes to the city’s human rights ordinance that would protect LGBT residents from discrimination.

The new ordinance would explicitly prohibit discrimination on the basis of race, religion, color, sex, disability, national origin, ancestry, sexual orientation, gender identity, age, veteran status and familial status. Currently, Valparaiso has no such ordinance. Passing it would provide a bulwark of local protection for LGBT residents against the statewide RFRA that gives businesses and other public organizations a “license to discriminate.”

In late April Valparaiso’s Advisory Human Relations Council recommended 6-2 that the full council take up the ordinance for consideration. The Council will hear public comment tomorrow; a full vote on the measure is expected next Tuesday, May 24.

Public comment periods like this are the most critical time for our advocacy. We’ve seen in debate after debate that educating lawmakers about the everyday experiences of LGBT people is the key to garnering support and passing these protections. That’s why some proponents of this ordinance are sharing their stories with Freedom Indiana in advance of tomorrow’s hearing.

Jessica grew up in nearby Chesterton, and she and her friends always thought of Valparaiso as Chesterton’s more progressive southern neighbor. Now Jessica is a college student and actively involved in LGBT advocacy, including the fight against the statewide RFRA. She hopes the Valparaiso City Council will stand with people like her by passing an expanded human rights ordinance. 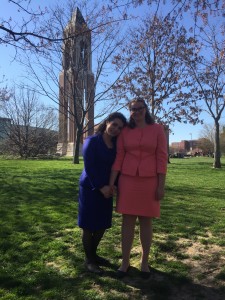 “As a young woman who is a part of the LGBT community, it is scary to think that my moms, some of my friends and others like us are living in a state where there are not currently protections for our community. I am actively involved in collegiate speech where I speak against issues like the Religious Freedom Restoration Act and I am hoping others will speak up for us by passing this ordinance. Growing up in Chesterton, I frequently visited Valparasio and saw it as a progressive town that cared about its citizens. It would be exciting to see Valpo pass a city-wide human rights ordinance which would protect people like my moms and me. Because in 2016 I shouldn’t have to be afraid to hold hands with my girlfriend.”

Pastor Tim Leitzke of Trinity Lutheran Church in Valparaiso has been a prominent voice of faith in this debate. Tim is part of a group of more than 200 faith leaders across Indiana who have called for the expansion of local and statewide protections for LGBT Hoosiers. 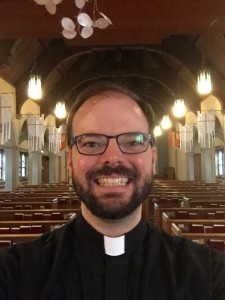 “Nobody should be left behind because of their gender identity or sexual orientation. I serve a supportive congregation that welcomes everybody, [that’s why I] joined the fight to pass a citywide law protecting LGBT citizens from discrimination.”

Freedom Indiana is proud to share the stories of LGBT Hoosiers who are working hard to make their communities and our state places where everyone feels welcome and accepted.