I Wanted a Safe Workplace In Which I Could Transition Kathrynne • Indianapolis
Three LGBT Allies Explain What Drives Them to Fight for LGBT Rights August 25, 2016

Straight allies from all walks of life are important partners in the movement for LGBT equality. The voices of allied leaders in the faith community, business community and other organizations can be especially critical in moving others to join the fight to protect LGBT Hoosiers from discrimination.

Michael Erwin is a pastor at the United Church of Christ in Evansville. He’s also the owner of Coaching for Generosity, an organization that provides LGBT-accepting churches with fundraising advice and training.

For more than 20 years Michael has supported the LGBT rights movement in his capacity as a religious leader, vocally and publicly. However, that dedication hasn’t always led him down an easy path. 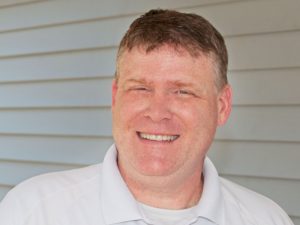 “On two occasions, my advocacy for LGBTQ persons led to me losing my job as pastor. So I formed Coaching for Generosity in 2012 to build up churches on the progressive and social justice-oriented end of the Christian spectrum.”

“By helping those churches secure their funding sources and revenue, I empower them to become strong allies in the struggle for human rights.”

Candy Irven, who runs Treehouse Yoga in Indianapolis, says she also thinks about ways she can use her clout as a business leader to aid the fight for LGBT equality in Indiana. And she’s also driven by loyalty to her LGBT friends. 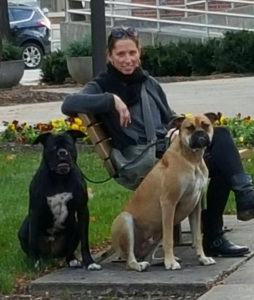 “I’ve stood alongside many friends in support of their fight for equality. As a business owner, I feel strongly that I need to do whatever I can to help overcome inequality to offer a place a peace and refuge where all are welcome and feel safe.”

Teddi Rausch is also driven to speak up because of her LGBT friends—specifically her sorority sisters at the University of Southern Indiana. She says they and her other friends in USI’s greek community helped her find her voice on this issue.

Teddi was a vocal advocate for the local Human Rights Ordinance that passed in February. She also strongly opposed the Religious Freedom Restoration Act the the subsequent incomplete “fixes” to it. She says she’s never been more ashamed than she was on the spring day during her sophomore year when RFRA passed. 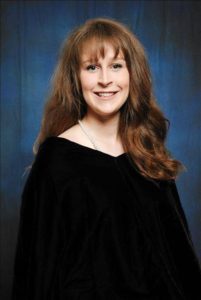 “It made my body ache to find out that Indiana’s governor, my governor, had signed a law that permitted people to reject service from my friends and family based on their sexual orientation and gender identity.”

Teddi says RFRA has contributed to the perception of a hostile business climate. And it makes people from other states view her differently—to the point where she says sometimes she’s ashamed to say she’s from Indiana.

“It is so incredibly important to have full non-discrimination protections in Indiana because our future so desperately needs it. I don’t want to be ashamed of coming from a state that screams sexual orientation/gender identity exclusivity.”