I Wanted a Safe Workplace In Which I Could Transition Kathrynne • Indianapolis
Three Hoosiers on Gender Identity and How Their Families Were a Source of Acceptance and Stability February 17, 2017

Family is a core source of social support—and perhaps the most important. And it can be especially important for transgender or other gender nonconforming people, both adults and youth, in a state like Indiana, where full equality under the law is still out of reach.

To have a home where equality is a given, rather than something that has to be fought for, can make the difference between feeling accepted and feeling outcast.

Marty Clinch and his family moved to Indiana when he was a freshman in high school. Before that, he lived in a small college town where both of his parents were professors. He describes his home life as somewhat sheltered from what reality can be like for a person who doesn’t conform to traditional gender norms. 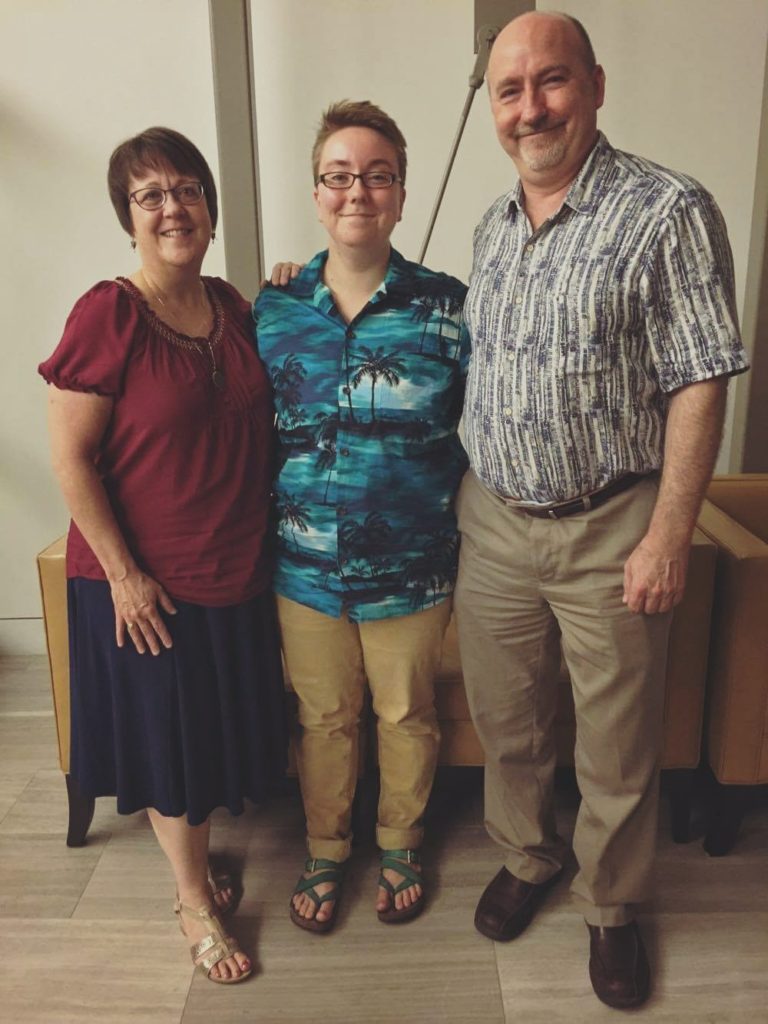 “It was such a shock moving to a more conservative area—at least to me—after staying in my home bubble for so long. While Indianapolis feels like an oasis to me as a trans person and artist, I’ve still seen plenty of bias and discrimination, out in the ‘wild’ and online.”

Home didn’t quite feel like a “bubble” to Southwell Cowper. Southwell knew even as a child that they didn’t fit comfortably into a traditional gender identity, though their family never spoke explicitly about it.

But Southwell’s mom, Lynette, knew something was different about her child. One day, when Southwell was small, the two were watching a show on PBS about an Indian girl who claimed to be the reincarnation of a man from the neighboring town. Southwell told Lynette they knew how the girl felt—because Southwell also felt that way: Like they had been reincarnated from a man. That was Lynette’s first inkling that something might be a bit different about Southwell.

Lynette continued to be supportive as Southwell presented less and less as a traditional girl. Other parents questioned why Lynette “allowed” Southwell to cut her hair short, or wear boyish clothes, but Lynette tried to shield Southwell from these comments as much as possible.

“Every time I turned around, there was someone policing my child’s self-presentation and criticizing me for not doing so. In high school, South wanted men’s underwear. We went and bought some. The body police never knew, but I got complaints about boyish clothes and lack of dresses, though South wore dresses and skirts when they were in the mood.”

By that point most people had labeled Southwell as a tomboy—including Southwell. Even though their family had been accepting about the fact that Southwell didn’t conform to strict gender norms, none of them had the vocabulary to describe someone whose gender identity didn’t match the gender they were assigned at birth. 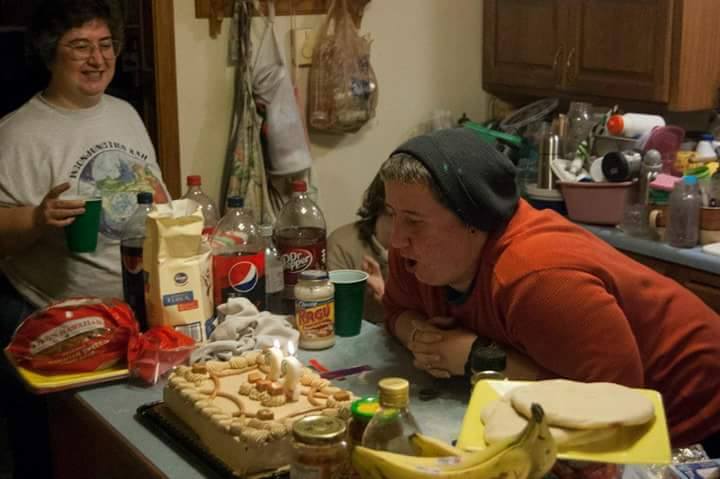 “I grew up weirdly uncomfortable with my gender with no way to explain that, literally not even the base level concepts to begin to understand it within myself. As a pre-teen, I insisted to all of my friends that I wasn’t a girl, I was tomboy. This was the closest I ever got to explaining it before learning the language around it.”

Southwell eventually got the vocabulary from a documentary they watched during a Gay-Straight Alliance meeting at school.

“It was mind blowing. And it felt more relatable, gender-wise, than anything else I had run across to that date. It complicated things, including my still-fresh ideas about my not-straight sexuality, but it also simplified things. It was like slipping into a pair of jeans made perfectly for me that I had had all my life and just never known about it before.”

At 20, Southwell nervously let their parents know they were non-binary—by slipping a note onto their bed. Southwell was accepted wholeheartedly by their parents, but it was a different story when they came out publicly. Someone told the elders at the family’s church, and the elders approached Lynette. For a moment Southwell thought they made a mistake in coming out.

“I was worried this would be the breaking point, that maybe I had made a critical error in deciding to be open. Instead of my worst fears happening, my mom stood up for me.  She became my staunchest ally, my greatest defender. She’s been beside me, criticizing every person who has dared to question my existence ever since, even when I wasn’t there to watch.”

A lack of vocabulary growing up was also a problem for Chrissy Garrison, a transgender woman who lives in Indianapolis with her wife of 12 years, Amy. But unlike Southwell, Chrissy didn’t have PBS documentaries or a Gay-Straight Alliance to broaden her worldview. She confided her feelings in a few friends until she met Amy, who knew right away that Chrissy was transgender and accepted her fully, including the idea that someday Chrissy might transition.

Amy’s daughter Sarah moved in with her and Chrissy in 2007. Sarah had been living in a bubble of a different sort—rural Texas, where gender identity wasn’t a concept that had ever been discussed with her before.

Chrissy was unsure whether to come out to Sarah. She feared Sarah might not understand, or be bullied at school if her friends found out her stepmother was transgender. And there was an even worse fear: that Amy might lose custody of Sarah if less understanding relatives knew that Chrissy was transgender.

Chrissy was also nervous about work. She had been involuntarily outed in the late 1990s at another job, and didn’t want that to happen again. But then she discovered that her current workplace, IUPUI, has workplace policies that prohibit this kind of discrimination, as well as insurance that would cover her medical needs. Indianapolis also has an LGBT-inclusive human rights ordinance that protects her.

So in 2014, she took steps to start living as her authentic self, and fully transitioned in 2016. She says she is lucky, considering many transgender people don’t have the supportive family life and work environment that she does. 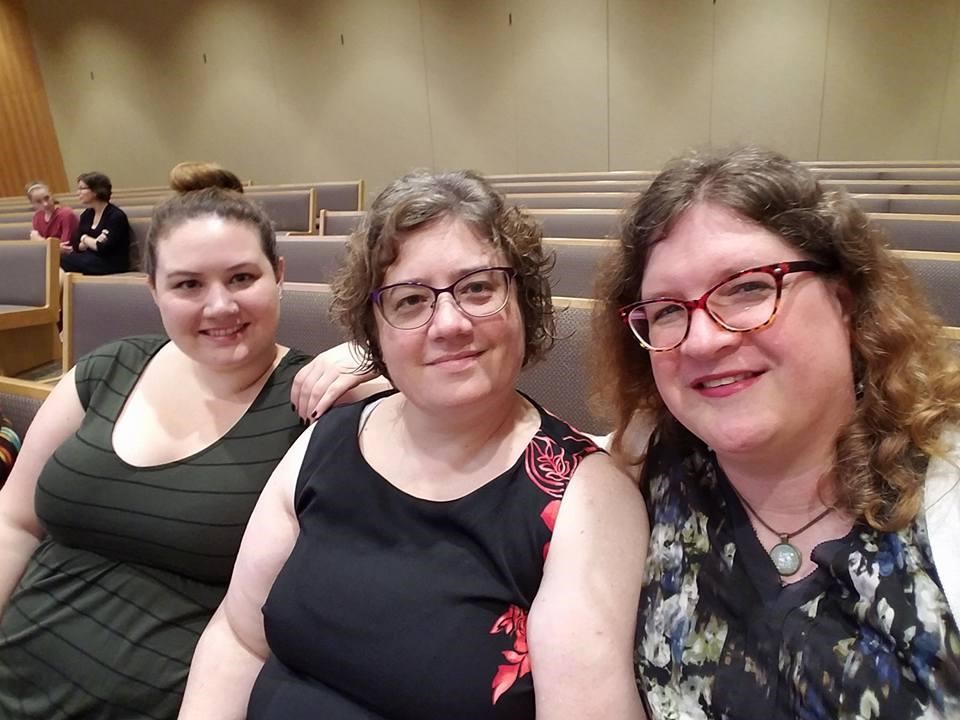 “We know people who have been forced into career changes because of discrimination and we know people who can not even be themselves at work for fear of their work stability and personal safety. We need protections so that this can end. LGBTQ people simply want to live their lives. We do not want special treatment. We want equal treatment and we want legislation that protects this human right. There is no reason to discriminate against us.”