I Wanted a Safe Workplace In Which I Could Transition Kathrynne • Indianapolis
Shameful: Indiana Senate Fails to Consider LGBT Non-Discrimination Bill February 2, 2016
Disappointment is an understatement.
Today, the Indiana Senate failed to advance SB 344—or any legislation for that matter—updating our state’s civil rights law. That means this bill is effectively dead for this legislative session. 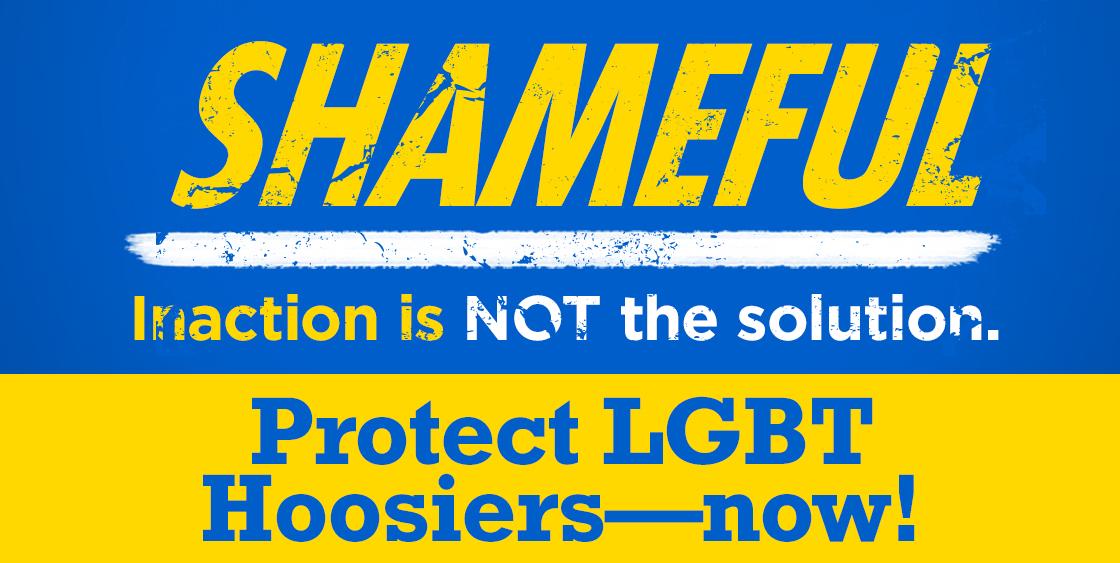 Let’s be clear: SB 344 was a deeply flawed bill. As written, it sought to update Indiana’s civil rights law to include sweeping religious exemptions and no protections for transgender Hoosiers. As thousands of Hoosiers have told lawmakers in the last week alone: This bill desperately needed to be fixed.

But just not doing anything? That’s certainly not the answer—and we can’t let lawmakers think for one second that this one failed attempt at a short-sighted bill will make this problem, or our movement, magically disappear.

“The fact that Senate Bill 344 won’t be heard on the Senate floor is incredibly disappointing given strong statewide support for updating our civil rights law and all the work that has been done thus far at the Statehouse to keep this conversation going.

“This bill and others introduced this session were deeply flawed, but we were working hard to fix Senate Bill 344.

“We’ve said from the outset that doing nothing was not an option. Today, lawmakers did nothing to help protect LGBT people in our state, but our work is only just beginning.

“The issue of legal discrimination against hundreds of thousands of Hoosiers will not go away, and we will continue to fight this session to update our civil rights law and undo the damage done to our state last year.

“The legislative process is just that — a process. The conversation should continue in the coming weeks and months, not be shut down without a vote on the Senate floor

LGBT Hoosiers still face legalized discrimination in employment, housing and public accommodations every day. Today’s inaction does nothing to solve that.

Discrimination against LGBT Hoosiers cost Indiana $60 million in revenue and our global reputation will be tarnished for years to come. Today’s inaction does nothing to solve that.

Today, the Indiana Senate shamefully ignored 425+ businesses that have stood alongside 60,000+ Hoosiers, hundreds of faith leaders and Mayors from 32 Indiana municipalities who have spoken with one voice: Our state needs comprehensive LGBT protections and we need them now.

But lawmakers don’t adjourn until March 15th. And we’ll spend every single day remaining in this legislative session making the case to lawmakers that inaction is NOT a solution. LGBT Hoosiers must be protected under our state’s civil rights law.