$60 million — that’s the amount of money last year’s RFRA debacle cost the city on Indianapolis. Last March, when RFRA became law, many groups and conventions that planned to hold events in Indianapolis found new locations where there LGBT guests could know they were in a state that protected them from discrimination.

This new report from the Associated Press proves that not only is wrong to discriminate against LGBT people in our state, it’s bad for business — really bad for business, in fact. 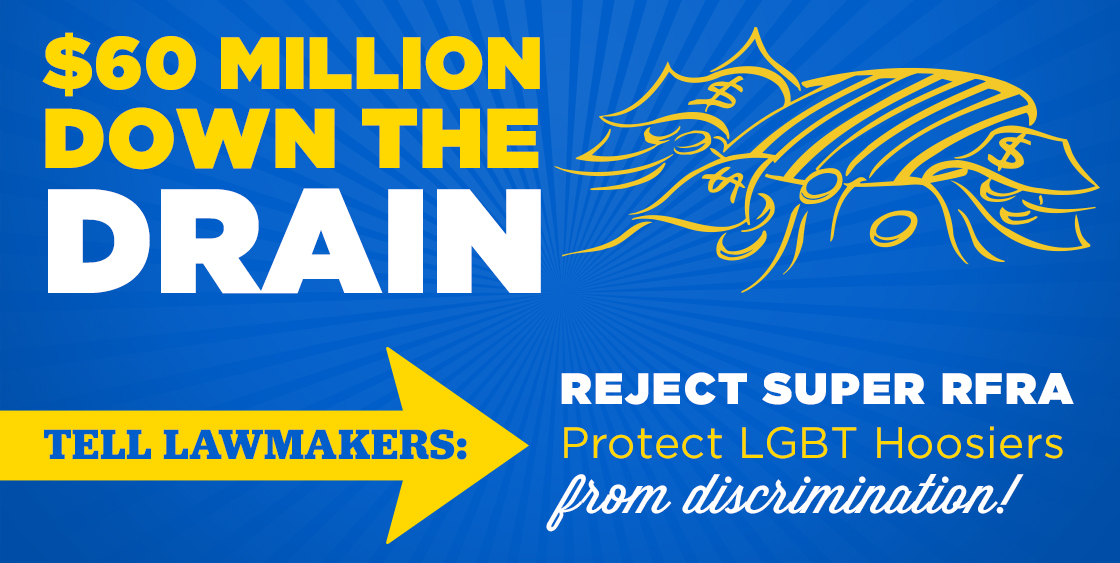 More than 75,000 Hoosiers make a living in connection with the hospitality industry in Indianapolis the loss of these 12 conventions and as much as $60 million in economic activity hurts them directly — in addition to the lasting harm the RFRA debate cause to our state’s image around the country.

Now, unbelievably, some lawmakers want to do it all over again. Well, enough is enough — it’s time to get serious about protecting LGBT Hoosiers from discrimination, and making it clear to people and businesses across the country that Hoosier hospitality is more than just a saying.

As lawmakers take their initial votes on this SB66, the newly proposed Super RFRA, we’ll be there to advocate against this misguided idea and push for a simple update to Indiana’s non-discrimination laws to include sexual orientation and gender identity. It’s that simple.

Recent polling has shown that 62 percent of Hoosiers want to see the civil rights law updated to ensure LGBT people do not face discrimination in housing, employment or public accommodation.

We’ll be at the Statehouse this week to fight against any sort of RFRA-do-over and to fight to make sure that that any civil rights protections put in place to prevent discrimination against gay and transgender people truly accomplish that goal.