Hoosiers in Jeffersonville celebrated the city’s first-ever Pride Parade and Festival last Saturday. Organizers said the inaugural event was inspired by an anti-LGBT cyberbullying episode at Jeffersonville High School that occurred one year ago, during Pride Month.

Although plans for a 2016 Pride event were sparked by one person’s hatred, organizers and attendees said the community has been overwhelmingly supportive. In the weeks leading up to the parade, local businesses proudly displayed Pride 2016 signs in their shop windows and community bulletin boards, and thousands came downtown on Saturday to celebrate.

Many attendees took the opportunity to speak with Freedom Indiana about the need to pass a local ordinance offering protections against LGBT discrimination in housing, employment and public accommodations.

Stacie Thompson, who owns her own realty business in Jeffersonville, said a local ordinance  would have an immediate impact on the quality of life for LGBT people like her who have felt discrimination first hand: 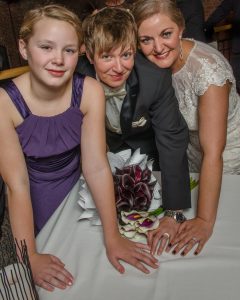 “As a resident and business owner in Jeffersonville, I would like to see a human rights ordinance passed. I believe this would make our city more desirable for businesses and individuals. An ordinance would give everyone protection of their civil liberties and insure that discrimination, of any kind, is not tolerated here. As someone who had to leave my community to find a photographer when my wife and I got married, this ordinance would be a huge step in the right direction for businesses in Jeffersonville.”

Brad Bell, the President of Southern Indiana Equality, has been a leader in the effort to get the Jeffersonville City Council to pass the ordinance. At a recent council meeting, he let councillors know that such ordinances are a crucial part of moving cities like Jeffersonville into the future: 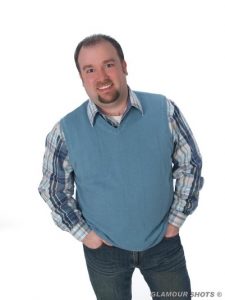 LGBT people and their families who live in cities where ordinances protect them from discrimination know well the difference these ordinances make.

Muncie resident Emma-Mae Newman attended Jeffersonville’s Pride events last weekend. She was raised by her two loving mothers alongside an older brother and sister who are twins, but became acquainted early in life with what anti-LGBT discrimination feels like when she lost a friend in third grade after the girl’s mother found out about her parents: 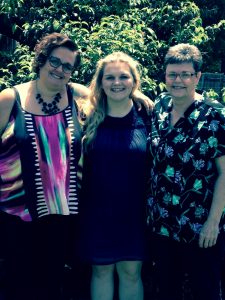 “Could it ever be easy for a person to face rejection? Without the proper protection I could be denied services from restaurants, ice cream shops, and many other places. Luckily my hometown Muncie has comprehensive ordinance to protect my family but I want to see all of the cities in Indiana having LGBT non-discrimination protections so that my family and all of the other families like mine never have to fret over going out to dinner on a Friday night. I want my family to be given the basic rights that are extended to every other family in Indiana.”

The city of Muncie’s human rights ordinance prohibits discrimination based on sexual orientation and gender identity, changes that were added in April 2015, shortly after the passage of Indiana’s RFRA.

In the last few months, Evansville, Kokomo, Munster and Valparaiso have all passed LGBT-inclusive non-discrimination ordinances.

Jeffersonville could be next in this list of Indiana cities and towns taking action to protect LGBT Hoosiers. You can send a message to the Jeffersonville City Council urging them to support LGBT-inclusive updates to the city’s human rights ordinance.