The independent poll shows that 56.4% of Hoosiers believe it’s time for statewide protections prohibiting discrimination on the basis of sexual orientation and gender identity. This is a two point jump from earlier this year and clear proof that when Hoosiers take a step back, they realize this is about treating everyone fairly and equally under the law. 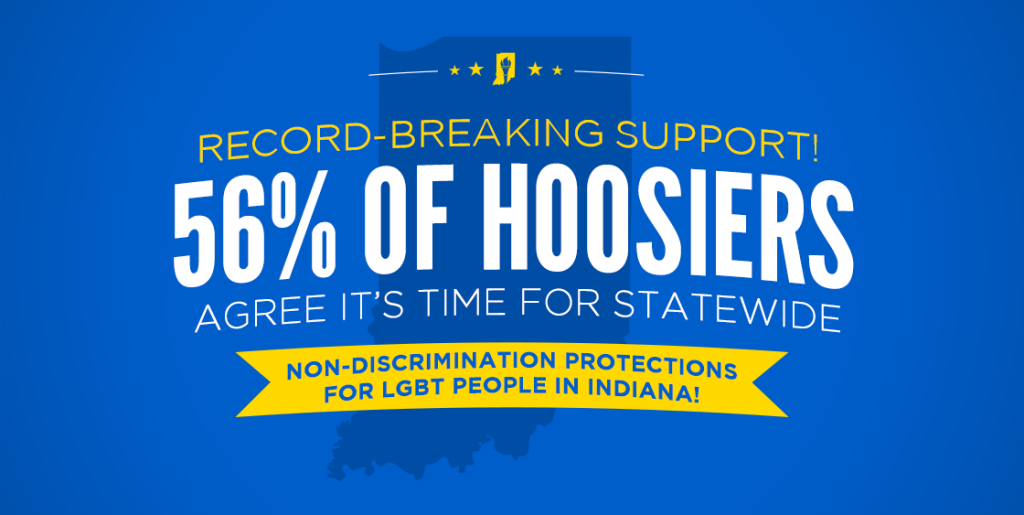 New polling couldn’t have come at a more important time, as lawmakers prepare to return to Indianapolis for Organization Day on Tuesday, November 17th—when they will begin to set the agenda for the upcoming 2016 legislative session. Now more than ever, it’s critical that legislators know that a majority of Hoosiers—including the constituents they were elected to represent—want swift action on this legislation to send a clear signal that Indiana is open for business to everyone.

Help make sure your lawmakers hear the news that support for LGBT non-discrimination in Indiana has hit a record high. CLICK HERE to send a message now and then plan to join us on Organization Day for a rally outside the Statehouse!