Every person in one knows that relationships are not always smooth sailing. But for gay couples, committing to each other used to come with the added challenge of knowing that years of being together might not include marriage, a family, or many of the other joys that make the hard times worth it.

Now, the fight for marriage equality is over, but because there are no statewide comprehensive non-discrimination protections, gay couples still face the day-to-day challenges they always have. Their marriages are legal—but their marriage licenses offer no protection against being evicted, fired or harassed in public because of who they love.

Josh Peters knows this firsthand. A few years ago he worked at a pizza place in Avon, but had to quit after a new manager who was hostile to LGBT people came in and began making his work life unbearable. 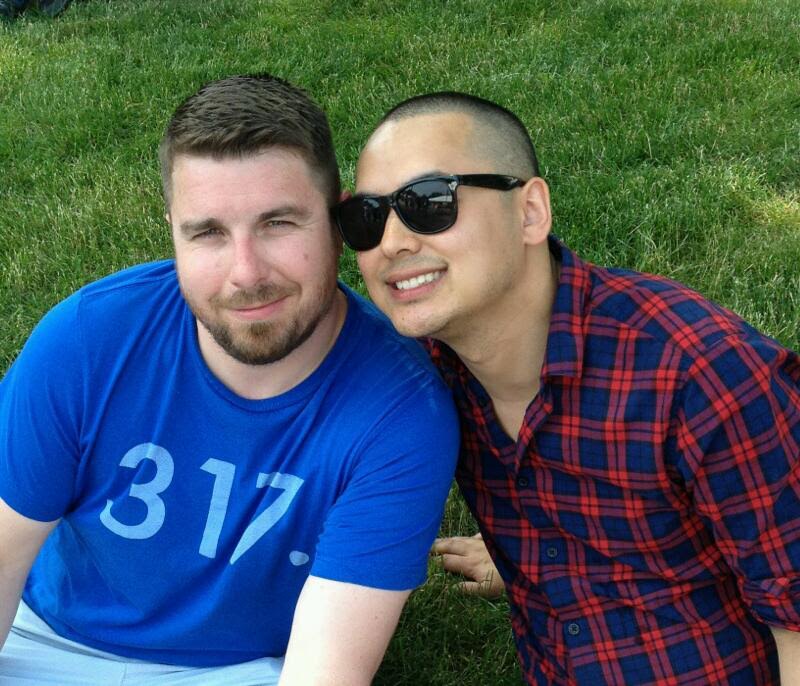 Now, Josh is engaged. But under Indiana law, he and his fiance, Eddie Divis, could still theoretically be fired if an employer was uncomfortable with their relationship. That’ll make it hard for him and Eddie to live the full lives any engaged couple should look forward to:

“This is completely unacceptable. Stopping RFRA was the first battle in what will be a long struggle to advance LGBTQ+ rights in the United States, but the Equality Act and other attempts to protect our community in housing and employment will be the yardstick by which we measure our success in establishing the right to live our lives as we see fit.”

Andy and Matt Markle-Mackowiak fear the same thing. They’re married, and are lucky enough to live in a town that has an ordinance protecting them from anti-gay discrimination. Andy is a human relations commissioner, so he knows the town takes discrimination seriously. But he worries about what would happen if he and Matt had to move.

“As a married gay couple, we actively live in fear that if we were to ever move away from our town, we may end up in a city with no protections. Post-RFRA, a statewide human rights law would help protect all Hoosiers, regardless of who they are or who they love.”

Many gay couples, including Bobby Risku and his partner Adam Brandt, also worry about the effect anti-LGBT discrimination will have on their kids. Bobby is happy that their daughter Aubree will live in a world where same sex relationships are recognized and valued, but he still worries that the lack of full legal equality will cause her to be stigmatized: 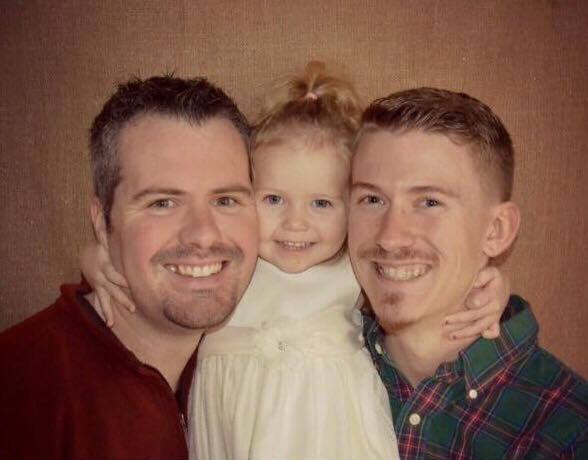 “It’s extremely important to have protection and equal rights because we are two consenting adults who are in love. I see nothing wrong in that. I just want Aubree to grow up knowing that the stigma and issues of being in the LGBT community is a thing of the past and that we are all viewed as equals.”

Jack Shepler, who lives in Indianapolis, says having to navigate this patchwork of protections makes him and other LGBT people feel “second-class.” Winning marriage equality helped alleviate some of that feeling, he said, but it won’t totally go away until there are statewide non-discrimination protections.

“I’ve seen so much hate, heartbreak and life loss in our community. While we have won the fight for marriage equality, the fight for what is right is far from over. We must protect vulnerable citizens and protect their ability to be who they are. Whether at work, in marriage, in the hospital, at the cakery or simply in everyday life, all Hoosiers deserve to live free and prosper, just like any other.” 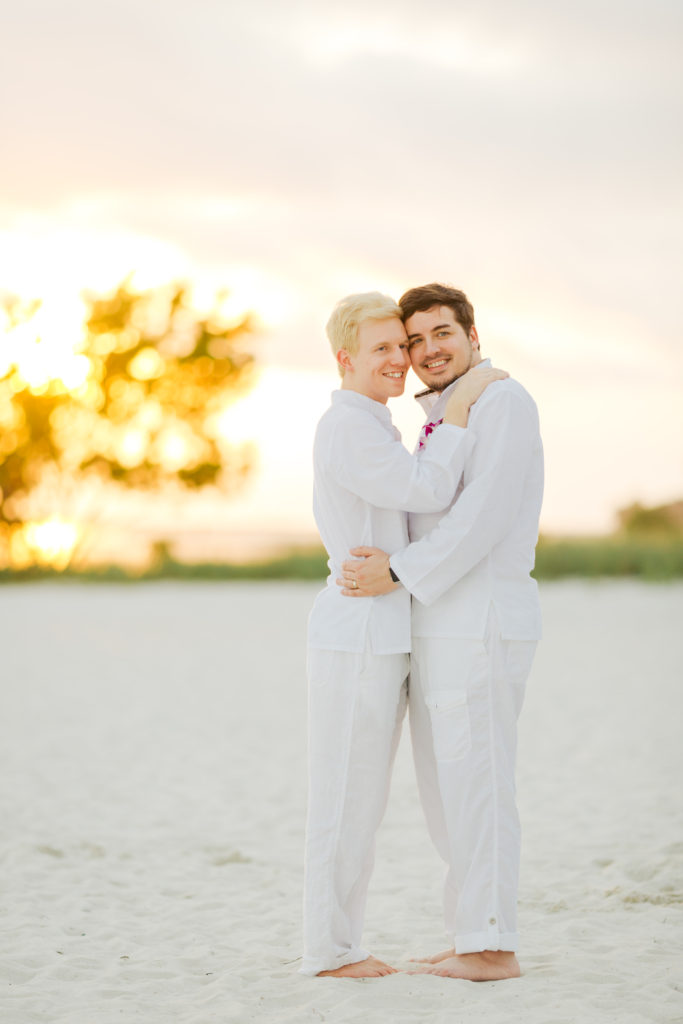 Four-and-a-half years ago, Jack met his husband Benjamin Ochs. After Jack graduated from college in 2007 he moved to Indianapolis, where he started his DJ career, and eventually started a web design firm, Ayokay, in 2012. One of his firm’s first clients was Indy Pride, and soon Jack was volunteering his time for the organization as a board member. It was on stage in 2014 that he proposed to Ben.

“It was the most nervous I’ve ever felt on stage. Just two weeks later, marriage became legal in Indiana. We were urged by many to hurry up and tie the knot, but we didn’t want to rush it. We had each other, and we had time.”

But Jack and Ben didn’t have time. Days later, that ruling was stayed by a higher court. Finally, in December 2016—six months after the Supreme Court legalized marriage equality across the country—Jack and Ben tied the knot. Jack says he’s overjoyed to see what the future holds for the two of them—and he hopes one of those things will be full equality under the law right here in Indiana.