Last week, the New Albany-Floyd County Consolidated School Corp.’s board of trustees unanimously approved changes to the district’s handbook that would protect transgender students and teachers from discrimination.

The school district’s decision is the latest in a series of local moves aimed at protecting LGBT Hoosiers in lieu of statewide action. The Munster City Council recently passed an updated human rights ordinance protecting LGBT residents; Valparaiso and Jeffersonville are poised to do the same in the coming weeks.

Since the state government passed a statewide RFRA last year that gave businesses and other public organizations a “license to discriminate” against LGBT Hoosiers, advocates across the state have honed in on hyper-local actions such as a tactic for advancing non-discrimination protections for LGBT Hoosiers.

New Albany has actually been on the forefront of providing such local protections. The city updated its human rights ordinance to prohibit discrimination based on sexual orientation and gender identity more than three years ago; it was one of the first cities in the state to do so.

Hannegan Roseberry, who teaches in the district and serves as vice president of Southern Indiana Equality, praised the decision. As a teacher, she said it’s important to her to be able to support her students to the fullest extent possible, and the new rules enable her to do that. She’s also an ally, and is proud of the message this sends to her friends and family. 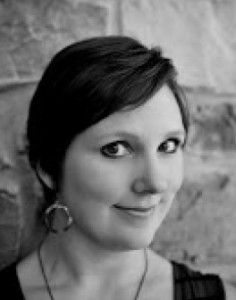 “As a teacher, mother, friend, and human, I am a proud ally of the LGBT+ communities because these are my friends, family members, students, and fellow human beings and they need our support. As the vice-president of Southern Indiana Equality, I am honored to be working on the upcoming inaugural Jeffersonville Pride Festival—a major first in southern Indiana.”

Her student, Felix Booker, said he feels more accepted because of rules like this, and because of the outspoken visibility of the school’s LGBT community. 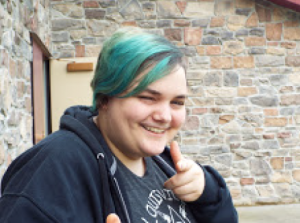 “The queer community is relevant to me because they protected me and now I protect them. They showed me that I was much more than a phase; I was a fact, and that I was not alone.”

However, local regulations like these can only go so far. To ensure that all Hoosiers are protected from discrimination no matter where they work or go to school, legislators must pass statewide non-discrimination protections.