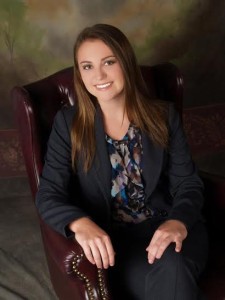 Morgan Mohr is a sophomore Wells Scholar at Indiana University studying Political Science, History and Economics. She hails from Kokomo, Indiana, but despite calling the Hoosier State home, she says she may consider leaving Indiana if the so-called Religious Freedom Restoration Act (RFRA) passes in the House. She worries that such a law could open the doors to discrimination against her friends and neighbors in Indiana.

“I could not imagine staying in a state that would legislate discrimination against my LGBT Hoosier friends and family. RFRA is not about who gets wedding cake, it’s about discrimination—allowing business owners to deny people just because of who they are.”

“I stand against discrimination of all kinds, and just because this bill is branded with the words ‘religious freedom,’ I know that dismantling civil rights has nothing to do with religion..”

Morgan came to be a straight ally of gay and transgender Hoosiers after speaking with people in the LGBT community and learning more about their stories. She states, “It’s much harder to discriminate against a group when you encounter the humanity of individuals.”

Morgan did not realize that discrimination against LGBT people in the workplace, public housing, and public accommodations was legal in Indiana until late in high school. Ever since then, she has been enraged that someone could be fired simply because of who they are or whom they love. After the anti-marriage amendment was stopped last year, she was thrilled with the historic victory. However, the proposed RFRA could introduce a new set of issues, allowing discrimination on the basis of religion.

“A fundamental part of the fabric of our country rests on the efforts to make America a safer and more equitable place. The Founding Fathers drafted a plan for justice and equality, and nothing is more American than making that plan a reality for all Americans.”

“Passing the Religious Freedom Restoration Act—and explicitly allowing for discrimination against gay and transgender Hoosiers—will damage Indiana’s reputation and threaten our future. One of the most critical issues Indiana faces is our brain drain; making our state a more welcoming place certainly will give young graduates less of an incentive to leave.”

And Morgan should know, as someone who hopes to stay in her home state of Indiana after she graduates from college, Morgan has expressed frustration as some lawmakers work to pass this bill. As a young scholar herself, she wonders if she can continue to stay in Indiana upon graduation if the State Legislature codifies discrimination against LGBT people simply because of who they are.