It’s a fact of life that LGBT people still face many legal and economic barriers—especially in Indiana, where they are not protected from discrimination under state law.

Still, the last several decades have been nothing short of a revolution in how gay and transgender people are treated by society. No one feels that more acutely than LGBT seniors, many of whom came of age in a time when being gay was a crime, and expressing anything other than rigid adherence to a traditional gender identity was unheard of.

Suzanne Savastuck and her partner Glorianne Leck were partnered in a ceremony in their home state of Wisconsin, way before marriage equality was even on the horizon. Glorianne says their marriage was front page news in their hometown, and that they chose to be publicly out as a response to a friend who was killed for being out.

The two moved to Indiana when it still wasn’t safe to be out. In many places, according to Glorianne, the two couldn’t even hold hands. Now, their marriage is legally recognized under Indiana law, even though it still wasn’t when they formally married in New York in 2013. But despite these changes, the lack of nondiscrimination protections for LGBT people is a glaring bit of unfinished business:

“While many of us are older, safer, and more established, I worry about people who are more vulnerable. Comprehensive nondiscrimination will help improve things specifically for people who have trouble accessing housing, or who are worried about being fired. It’s something we all need.” 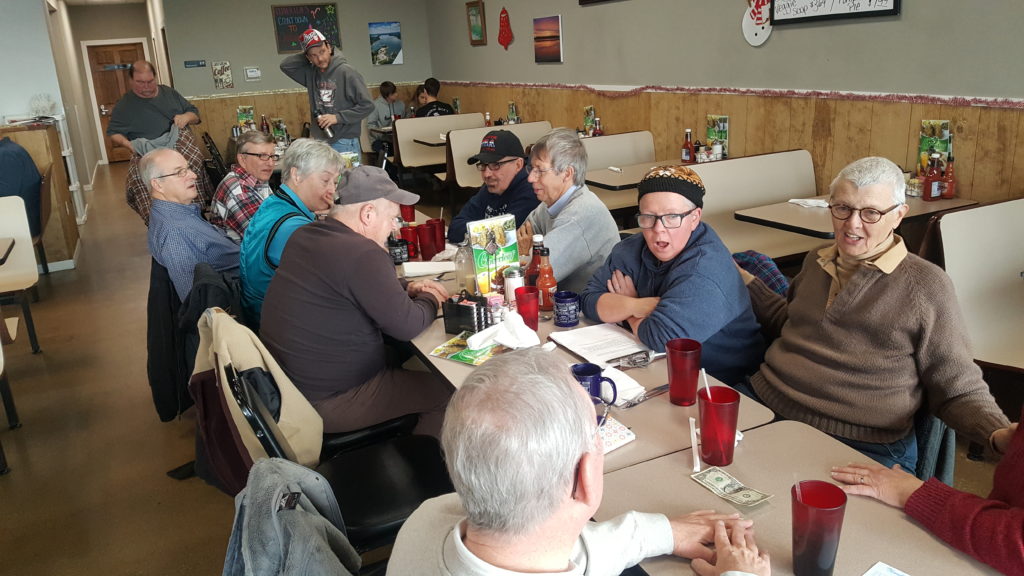 Even as many gay people started to come out more to their friends and family in the 1960s and ’70s, work was—as it is now—a major barrier to living openly. Jim Hayes, who meets monthly with the LGBT Aging and Caring group in Bloomington, recalls vividly how segmented his life was back then. His friends were mostly comfortable with his sexual orientation, but at one point he lost his job after being outed by his minister.

“It was kind of cool to have a gay friend so people were a little accepting. [But then at work] they met me out in the waiting room. Took me across the street and got me a coffee, and just told me that that’s the way it was.”

Ben Solomon, owner of Solomon Paris Antiques and Interior Design in Indianapolis, has lived through just about every major social and legal victory the movement for LGBT equality has notched in the last 50 years. Ben grew up in a small Missouri town, but after graduating from college in 1967 he moved to Indianapolis to take a job at the Lilly House and Gardens. He had long known he was gay, but it wasn’t until then that he met other gay men, many of whom were living openly—though he was still discouraged from being out at work.

Ben also experienced up close one of the biggest setbacks for the LGBT community—the HIV/AIDS epidemic and its aftermath. Like many young gay men in the 1980s, he lost close friends to the disease. That spurred him to get involved with Indianapolis’ The Damien Center, an organization founded in 1987 to provide resources and care to people living with HIV/AIDS. Though that time was one of great fear and stress, Ben also remembers those inside and outside the gay community who rallied to help. Ben even remembers a local church that was instrumental in providing care to HIV-positive people so that they could “die with dignity.”

But Ben says once the intense mortal threat from AIDS abated, and LGBT people set their sights on greater social acceptance, the church’s support fell away, as did many other informal support networks. It was then that LGBT people desperately needed the civil rights protections that were denied to them, and are still denied to them today. 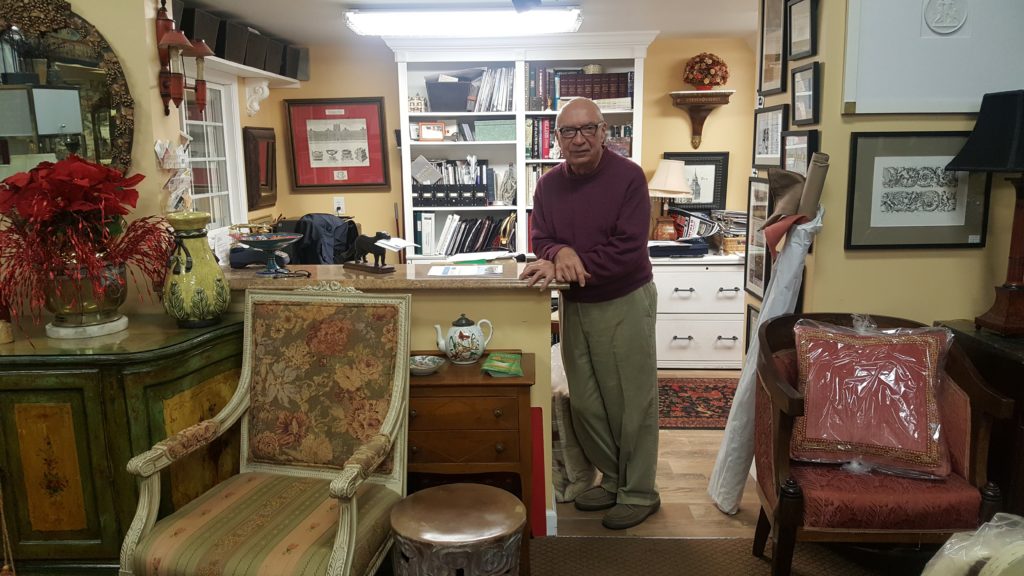 “Once people were no longer dying from AIDS, the church became less welcoming to LGBT people who had HIV. Having civil protections at that time would have benefited some of the people whose identities and personalities greatly challenged the cultural norms of the time.”

The seniors who meet for the LGBT Aging and Caring group in Bloomington had many stories like this—situations where it was clear they or someone they knew was being retaliated against because of their sexual orientation or gender identity, but because no laws protected them there was nothing they could do about it.

For LGBT seniors, including Jim Doud, much of this concern, understandably, involves health care services. Jim worries specifically about his care through the VA.

“I’m concerned that if people can deny service to me for religious reasons, I’d have to be shipped to a different hospital, like the VA in Indy. If you’re doing public service for health and safety you cannot be exempt from serving people.”

Though many LGBT seniors made the choice long ago to live openly, even though that decision came with great risks, some ultimately decided the risks were too great. That was the decision  Myrna K. Funkhauser made as a young lesbian. For most of her life, Myrna kept her sexual orientation a secret from everyone, including her husband and children. Though she says that choice came with sacrifices, it also came with rewards such as the ability to have a family—a dream that many gay people are only now starting to be able to realize while at the same time living openly. 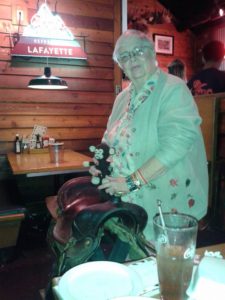 “Since I’m fem and thus transparent I was able to live a ‘heterosexual’ life. I had a family, and divorced when my children were grown. The trade-off was to have a family, so, I got to have that kind of happiness. It is beautiful to have children and grandchildren. Now I want to live as I wish. Back then, I did not want to deal with the stigma. And while I have not been subjected to that, the problem is I sacrificed my happiness.”

No one should have to do what Myrna did—sacrifice her happiness to raise a family. Or what Ben did—keep his sexual orientation a secret out of fear he’d be fired. And no one should ever be subjected to the violence, harassment and discrimination that all LGBT people have experienced in their lives at one time or another.

“I’m hopeful for LGBT protections in the future because each generation gets a bit more progressive. Education and LGBT organizations are important factors in making progress, but the key factor is time.”