College scholar to leave Indiana if RFRA passes in House Morgan Mohr • Kokomo
LGBT Hoosiers on How They Celebrate Pride in the Midst of Orlando Tragedy June 16, 2016

Hoosiers who attended last weekend’s Circle City IN Pride festival were shocked when they heard the news about a massacre at an LGBT club in Orlando. The 49 people who died and more than 52 people who were wounded had also been celebrating Pride. The news hit revelers in Indianapolis horrifyingly close to home. 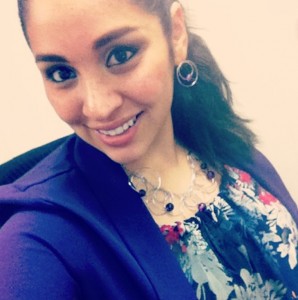 Graciela Roman said she was frightened when she heard the news on Sunday. To think that people went out that night to celebrate just like she did and were instead met with hate and violence, scared her:

“My heart goes out to the victims and the families of the tragedy that took place in Orlando. Those individuals went out that night to have fun, express themselves and celebrate life, much like we did for Pride. It is scary to think that something so ugly can happen to such beautiful people when they least expect it.”

To her, last weekend’s Pride celebration underscored the fact that Indianapolis is a lively city, bustling with diversity and culture. What happened in Orlando should be a wake up call that it’s time for the state to follow Indianapolis’ lead, and protect all members of the LGBT community from discrimination.

“Indianapolis, now more than ever, needs to stand up and defend the members of the LGBTQ community to ensure that they always feel safe and welcomed and proud to call Indianapolis home. … I should be able to live, work and thrive anywhere I want just like anyone from the LGBTQ community. When the basic rights of any group of people are stripped or neglected, overall freedom is compromised.”

Treymeere is a 19-year-old student at Ivy Tech Community College. For most of his life, he’s struggled with wanting to show his “truth”—that he is transgender. Treymeere recently came out, and had just finished celebrating at Indy Pride when he heard about Orlando. He said his heart was broken by such a “cruel” act of “hate toward the LGBT community.” 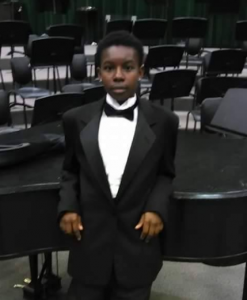 “I just wish people will open their eyes and hearts to see that we’re not bad people and we don’t ask for anything harmful. All we want people to understand is love is the answer to many problems and with it we can change this world for the good. It’s just sad that people choose to hate and practice it instead of love. I just hope things will get better and people can see the hate they’re doing is causing more destruction that we have in this world.”

Although the shooting in Orlando touched all LGBT Hoosiers, some have an even more personal connection. That’s the case with Jacob Stuart, who has close friends who suffered a loss that night. He said it really made him realize “it could have been us.” He and his friends frequent clubs in Indianapolis that are a lot like Pulse, and they always felt comforted by the fact that they had welcoming places like that. However, the shooting in Orlando made him think that he and his friends were living with a “false sense of security.”

“As I mourn for those that have lost their lives and their loved ones, I remember that we must always be watchful and proactive to protect each other and what we have achieved. We are a community built on love and acceptance and we will carry each other through this terrible tragedy.” 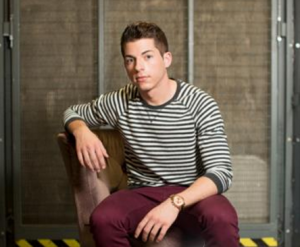 However, the massive success of this year’s Pride celebration did give him hope.

“Hearing that over 100k people came to celebrate Pride in our great city of Indianapolis was overwhelming. It was beautiful to see so many people of all walks of life come together to celebrate a community we have worked so hard to build.”

LGBT Hoosiers and allies are coming together in the wake of this tragedy. No one deserves to live in fear—fear of violence or discrimination. Passing comprehensive non-discrimination protections in communities and statewide are steps that lawmakers can take now to protect LGBT Hoosiers.

Click here to urge your lawmakers to take this very important step now.

You can also join us on Saturday for a Hoosiers Unite Against Hate rally at the Indiana Statehouse. Click here to sign up.