College scholar to leave Indiana if RFRA passes in House Morgan Mohr • Kokomo
LGBT Hoosiers on the Dual Discrimination that Comes from Also Living with Disabilities May 5, 2017

LGBT people with disabilities often have, as Elizabeth Longcore says, “two coming outs” associated with both of their identities—for her, that’s as a lesbian woman and someone who identifies as non-neurotypical.

Elizabeth, who works with autistic children as a behavioral therapist and serves as the Director of the Global Accessibility Project—which advises the Governor’s Council for People with Disabilities—says that across our culture, disability is misunderstood and mistreated.

This is true even in the LGBT community, where most people are sensitive to issues of discrimination. Being queer and disabled, she says, means living with even more social and familial rejection, legal limitations, loss of professional opportunities, and discrimination. 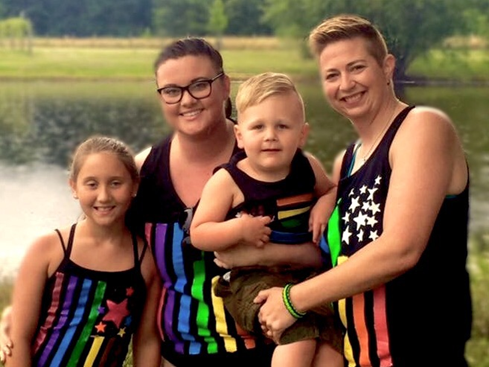 “If we are truly committed to advancing civil rights protections for people that are LGBTQ, which inevitably requires the support of allies, then we must first direct our coalition-building efforts to within our own community by engaging in a serious dialogue that highlights the many different ways that queer culture rejects our own gatekeepers to other communities via their intersectional identities.”  –Elizabeth Longcore (left), with her wife and two daughters.

And, she says, there are levels of privilege in both communities. Having an “invisible disability”—something that wouldn’t be obvious unless she volunteered the information does provide a “sense of privilege, in that I am not necessarily treated as a person with a disability.”

Mel Andis, who identifies as transmasculine, knows this too, both as someone who is gender non-binary, partially deaf and visually impaired. These disabilities require a level of accommodation that make them obvious to everyone Mel meets, a fact that leaves Mel dealing with discrimination on a regular basis. 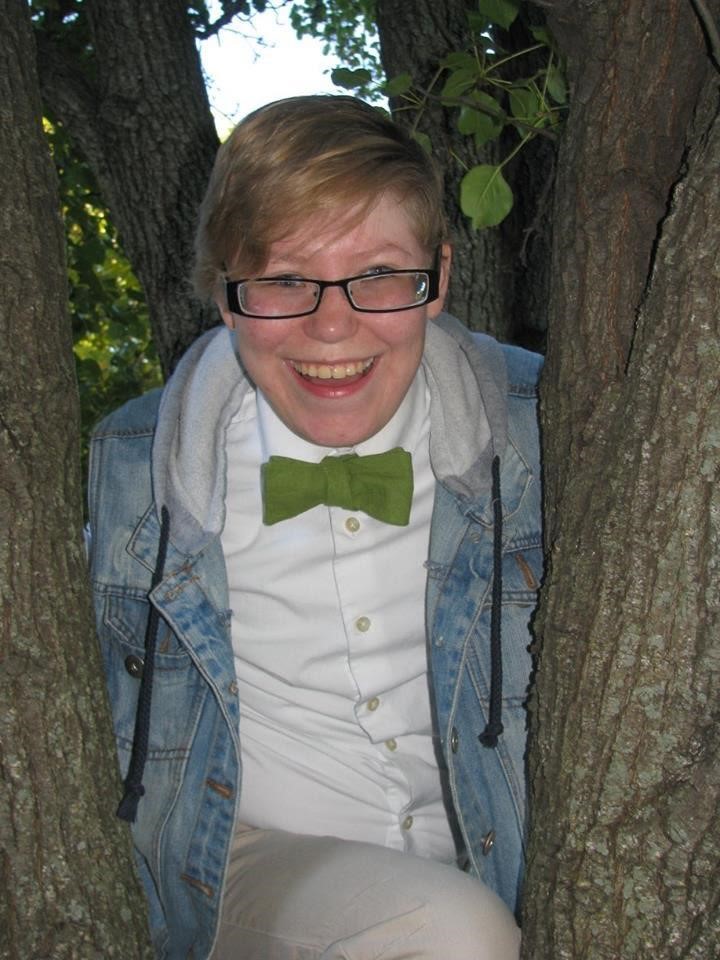 “In my world discrimination is very hurtful because I have lost friends and people who I truly trusted and cared about because they treat me differently. One issue that I get as a deaf queer individual is that hearing people just do not understand how hard it is to hear. Just treat people like you would want to be treated. People with disabilities are just like everyone else and we deserve that right to be called what we wish and be treated like normal humans.” –Mel Andis

Jared Price, who lives with his partner Derek of 7 years in Terre Haute, is also visually impaired and has cerebral palsy. He echoes Mel and Elizabeth’s thoughts, saying there’s a stigma around disabilities and a severe lack of knowledge about how to treat those with disabilities.

Like Mel, he says this means people don’t really know how to approach him, and that can lead to awkward interactions. Often, when he and Derek are together in public, people will almost always talk to Derek instead of him. Derek usually has to redirect their attention and let them know that he can speak for himself. Jared says he has faced ableist and anti-gay discrimination—but it’s usually the perception of him as someone with a disability that affects him daily, and has led to some of the worst instances of discrimination.

Since Jared’s gotten a service dog though—something Derek encouraged him to do—things have improved. He thinks being with Middleton makes him more approachable. 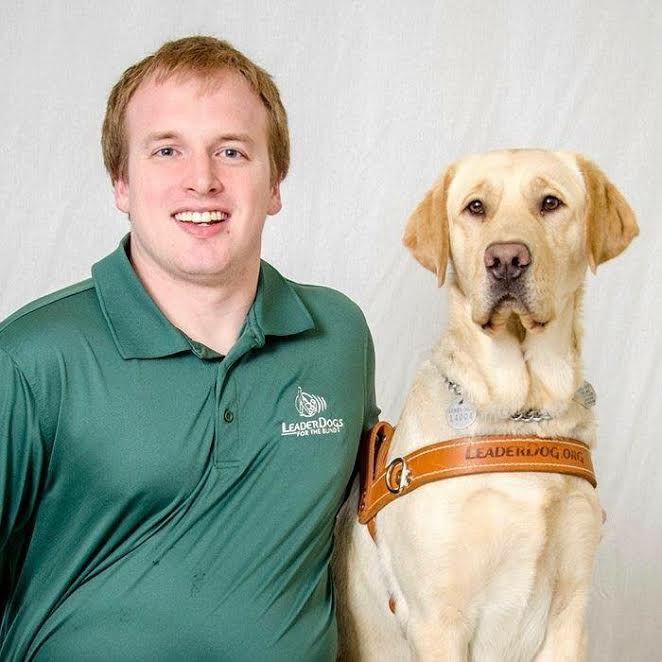 “I wish that people would just acknowledge that we are all humans and deserving of respect. We all have our challenges, some are visible, others aren’t, but we’re all human and should be treated as such.” –Jared Price and his service dog, Middleton

No one should face discrimination because of who they are. And the federal Americans with Disabilities Act does protect people with disabilities from discrimination. But since there are no federal or statewide civil rights laws that similarly protect people based on their sexual orientation or gender identity, LGBT people like Elizabeth, Mel and Jared can still find themselves evicted, denied a job or turned away from a restaurant.