Indiana’s 2017 legislative session kicked off this week, and thanks to the generosity of all of our supporters this campaign is ready to stand against discrimination. 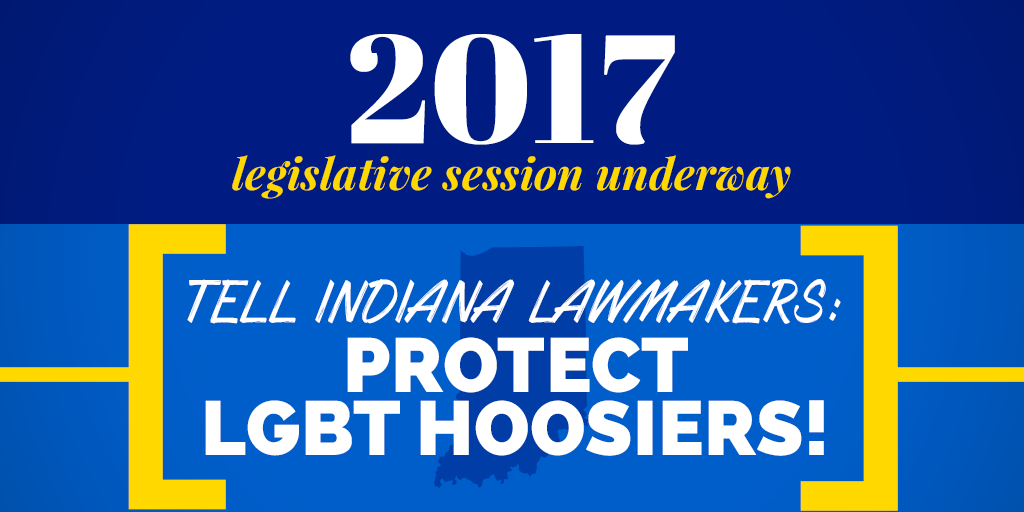 That’s because we surpassed our $8,000 fundraising goal—raising more than $10,000, which was matched dollar-for-dollar by a generous donor. Now we’re putting it to work immediately building the campaign we need to protect LGBT Hoosiers in 2017.

Over the coming weeks we’ll be at the Statehouse urging lawmakers to reject any anti-LGBT legislation and stand up for what a majority of Hoosiers strongly support: Statewide, LGBT-inclusive non-discrimination protections. We know that will be an uphill climb this year more than ever, but we’ll never stop holding our lawmakers accountable.

Even though lawmakers are in session now, it’s still not clear exactly how their 2017 legislative agendas will impact LGBT Hoosiers. But the deadline to file legislation for this session is next week, which gives us an opportunity: As lawmakers are setting their legislative agendas, we can make sure they have no doubt that a strong majority of Hoosiers oppose any attempt to write discrimination into Indiana law.

Help us keep the pressure on lawmakers before next week’s filing deadline. Click here to send a message urging lawmakers to reject anti-LGBT bills and stand with the majority of Hoosiers and 500+ businesses that support non-discrimination protections.