A Presbyterian pastor for the past 49 years, Rev. Larry Jackman has seen a lot of discrimination. One memorable instance occurred in seminary. One of Larry’s peers, a strong candidate for church service by all accounts, was prevented from ordination because of his sexual orientation.

Witnessing several situations like this, where qualified people were kept from service due to their orientation, Larry felt the Presbyterian Church should change its stance. The Presbyterian denomination now ordains gay & lesbian leaders and ministers can perform same sex marriage, but Larry feels these changes were late in coming. “It should never have been a problem to ordain gay folks.”

Now Larry has to watch discrimination against a different person in his life: his granddaughter, Lexi. Lexi is an 18-year-old who identifies as LGBT and her grandfather describes her as “absolutely cool.” Larry says it’s frustrating to watch Lexi experience “the same kind of harassment that I’ve been watching for over 40 years.” Most of this harassment occurred in school, Larry says, where Lexi experienced verbal abuse. As the founder of her school’s GSA, Lexi was a particularly visible target for harassment. Larry says of her experience: “She handled the pressure well, but it wasn’t altogether easy.” 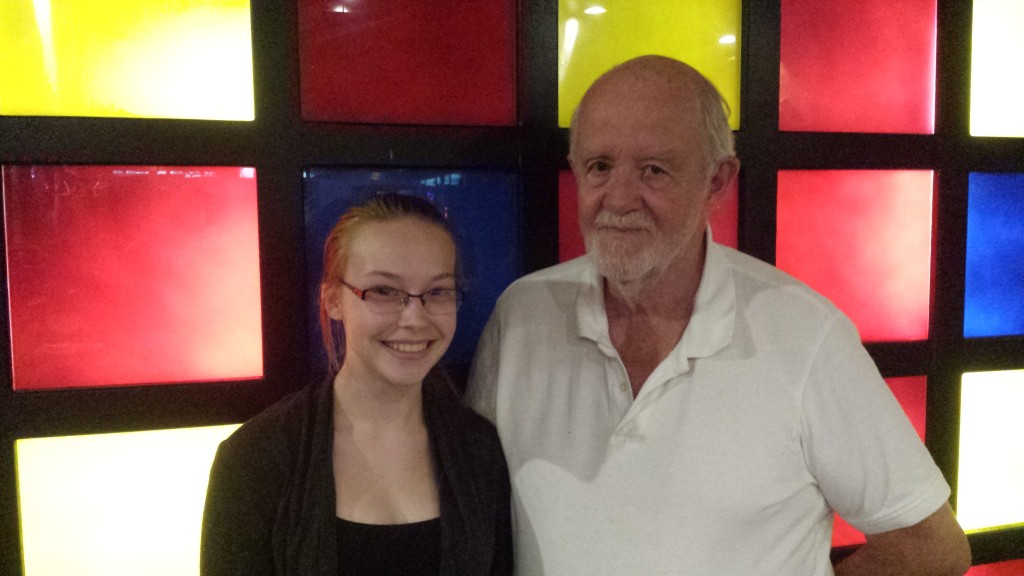 Despite difficulties at school, Larry praises many in the community who have supported Lexi. He mentions Cummins Inc. policies as instrumental in creating an accepting culture in Columbus. Larry is also grateful for the Starbucks where Lexi works, her church, and some “great teachers and school administrators” as strong supporters who affirm Lexi’s identity. And Lexi’s family has been supportive, which Larry acknowledges has been vital to building her support network.

Still, Larry feels that Columbus and the state of Indiana aren’t doing enough to ensure that all people feel welcome here. Larry cites Lexi’s eagerness to leave Columbus and her choice to attend an out-of-state school as evidence. “It’s a message about how we haven’t been welcoming enough that a kid in her circumstances is so eager to get out of town,” says Larry.

The majority of Hoosiers are ready for Columbus and the state to become more welcoming for LGBT people. Larry is optimistic about change in Columbus. Recently, Larry spoke at a meeting of the local Human Rights Commission in support of adding sexual orientation and gender identity to the city’s non-discrimination ordinance.

He felt compelled to make sure that the council understood that Christians and clergy support protecting ALL Hoosiers from discrimination. The Human Rights Commission voted unanimously to recommend to the City Council an amendment to add sexual orientation and gender identity to the city’s non-discrimination ordinance. People like Lexi deserve to be protected from discrimination. As Larry says, “It’s way past time.”