In a unanimous vote last night, the Lafayette City Council advanced an ordinance to add gender identity to the list of classes protected under the city’s local non-discrimination laws. 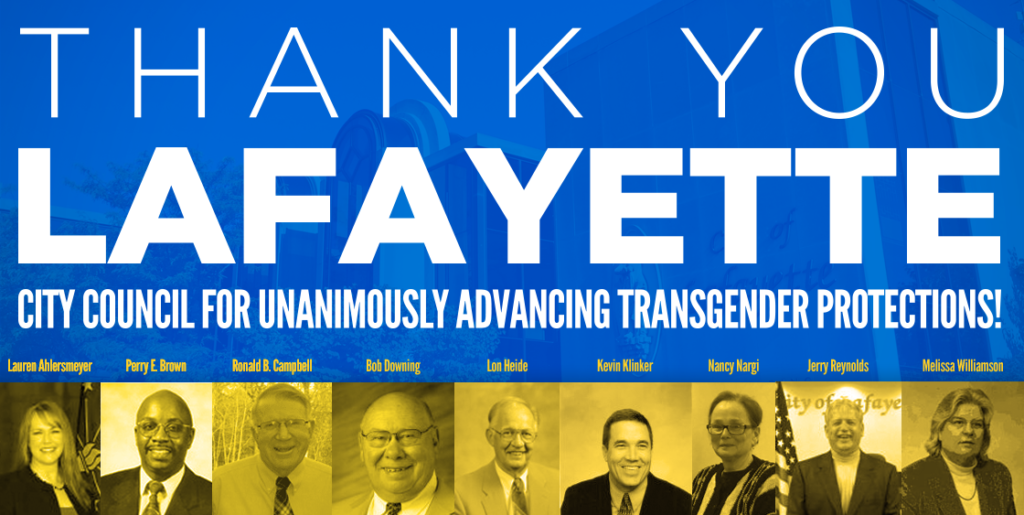 The city council must consider the ordinance again before it can be finally approved. The second vote is scheduled for September 6th and 6:30PM.

If passed, for the first time in Lafayette’s history—and twenty-three years after the city voted to protect gay and lesbian residents—the city’s local laws will fairly and equally protect transgender people from discrimination.

According to one local advocate, the vote is a direct reflection of overwhelming community support, from both transgender residents and their allies.