Kimberly Acoff has lived in Fort Wayne since her family moved there when she was in the fifth grade. She works for the state of Indiana in the Department of Child Services.

Kimberly said of her job, “It’s a wonderful experience to be able to help bridge whatever gaps that exist and keep their families together.” It’s that love for her work that has kept her working there for the past nine years. 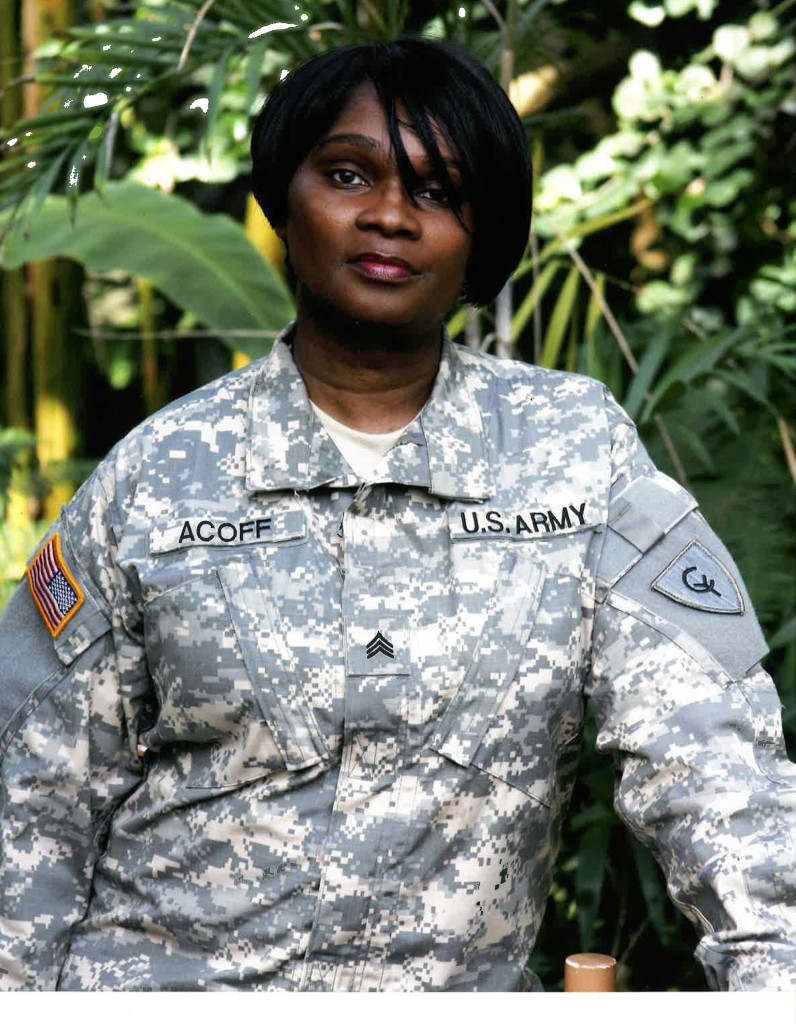 She loves her community and her work. In addition to her current job, Kimberly is proud of the six years she spent in the Army National Guard, where the training she led was recognized for the excellent training they provided to hundreds of soldiers.

Clearly, Kimberly is the kind of person any community would be proud to count among its members. And yet, under current Indiana law, Kimberly isn’t protected from discrimination.

As a transgender woman, Kimberly has concerns about the lack of protection from discrimination in her community and around the state. Under current Indiana law, Kimberly could be discriminated against in most of the state and she would have no legal recourse.

“It’s about the freedom and opportunity that we should all have as Americans,” she said.

Sadly, Kimberly has not always been treated fairly. She recalled a time several years ago at a previous job where she was fired without cause after someone told her employer that she was transgender.

“It was a shock. The clients liked me; the staff liked me; my supervisor told me I was doing a great job. I’m dedicated; I’m a hard worker; I take great pride in my work, so it hurt,” said Kimberly.

And, during her time in the in the National Guard, Kimberly had to hide her status as a transgender woman in order to be able to serve her country.

Ultimately, it was the fact that she had to conceal this part of herself that led to Kimberly choosing not to re-up her commitment to the Guard. Despite the fact that she enjoyed her role and was being encouraged to continue serving by her superiors. However, she didn’t want to risk the discovery that she was transgender and things not ending well.

When we talked with Kimberly she was an overwhelmingly positive and happy person. However, when we asked her how it felt to lack protection from discrimination, her tone shifted.

“It’s a terrifying feeling,” she said, “an isolating feeling.”

When we asked her how she would feel if the legislature updated the law to protect her and other LGBT people from discrimination, her voice brightened again.

“I’m a Hoosier, too,” she said “And that would make me finally feel like the Hoosier I know I am.”

“It would open up my dreams,” Kimberly said.

And it’s not just her dreams, Kimberly pointed out, it’s about everyone in Indiana.

“It affects the whole community; it’s about who we are as Hoosiers,” Kimberly said.

We’re grateful to Kimberly for sharing her story and grateful for her numerous contributions to our state and our country.