The attacks on LGBT Hoosiers just reached a whole new level of awful.

Let that sink in for a moment. Employment. The ability to work hard, earn a living and put food on the table for your family? Some Indiana lawmakers don’t even think LGBT people should be afforded that most basic, fundamental freedom. 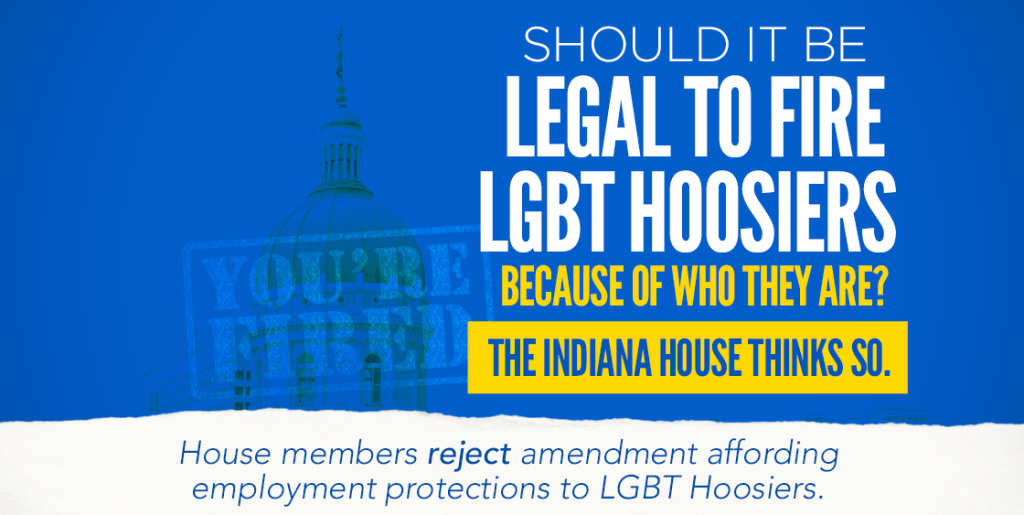 Every single day, thousands of LGBT Hoosiers go to work with the fear that this might be the day their worst fears come true and they are fired because of who they are. For these Hoosiers, what the House did today isn’t just about a vote—it’s about their very livelihood.

Hoosiers like Angie Alexander, who every morning for more than a year whispered a prayer—”Please allow me to handle what I’m going into”—before going into her job at a medical office where she faced harassment and unfair treatment. If she spoke up, she knew she’d be fired—and with no protections under Indiana law, she’d have no legal recourse.

Angie’s story mirrors the reality faced RIGHT NOW by thousands of Hoosiers. And by rejecting this amendment today, that’s the grave reality—one in which LGBT Hoosiers are legally fired—that a majority of House members voted to endorse.