Today, Freedom Indiana issued a statement welcoming Indiana Competes to the family of organizations advocating across the state for comprehensive LGBT non-discrimination protections.

Indiana Competes is a coalition of more than 150 business leaders united in support of full LGBT equality as a central tenet to sustainable economic growth in the state.

At today’s press event, we heard from leaders at the Indy Chamber, Salesforce, local Upland Brewery and other prominent businesses about what this fight means to them. Here are some of the top tweets of the day: 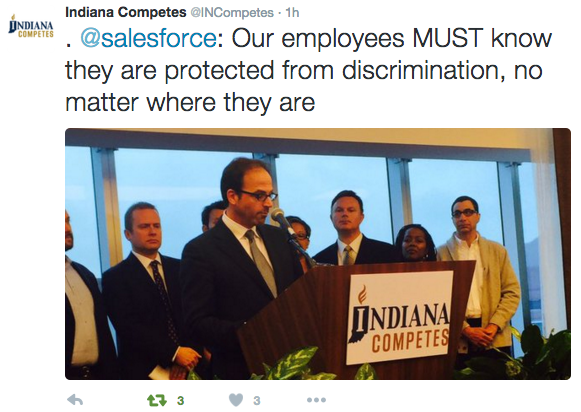 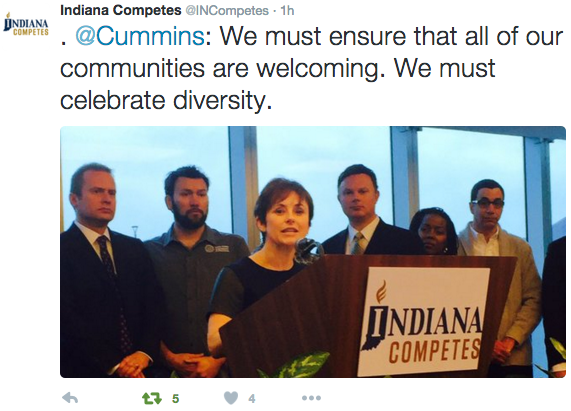 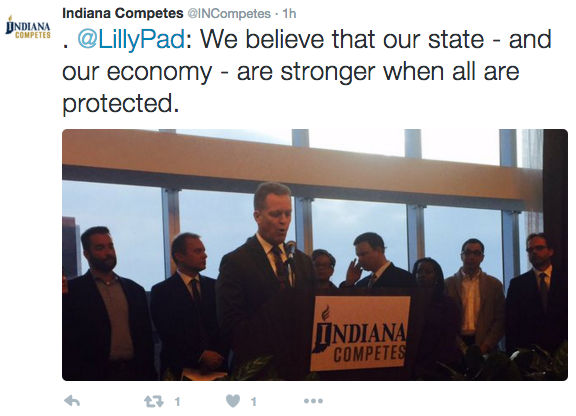 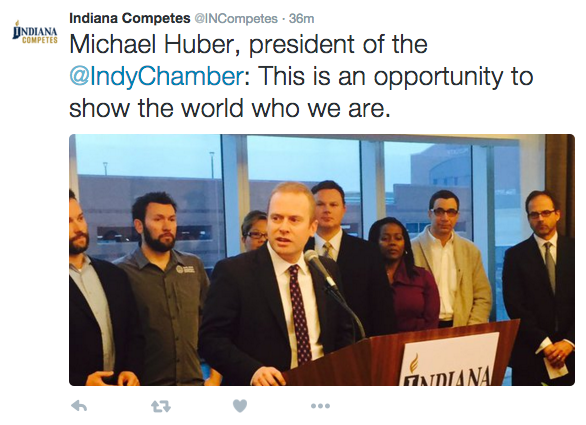 In the wake of the passage of the so-called Indiana Religious Freedom Restoration Act (RFRA), the state has been struggling to mend its business reputation nationwide.

RFRA, which grants license to discriminate against gay and transgender people, was met with devastating backlash from major players in tech and entertainment industries to sports associations, universities and small business. Most recently, the NCAA has announced that it will reconsider championship host cities, including Indianapolis, due to its lack of LGBT non-discrimination protections. 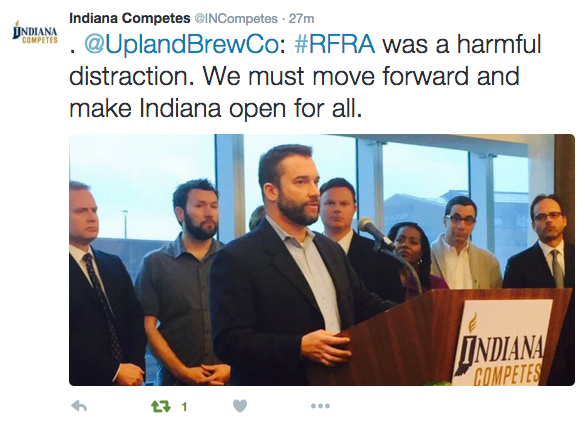 Freedom Indiana is proud to partner with business leaders and other advocates across the state in the fight for gay and transgender non-discrimination protections in employment, housing and public accommodations.

You can join the fight by emailing your legislators and urging the passage of LGBT-inclusive non-discrimination legislation. Just click here.

If you are a business leader and want to join the Indiana Competes coalition, click here.