Every Day, My Son Lives with Discrimination Leslie Barnes
In the Wake of Trump’s Executive Order, Hoosiers of Faith Speak Out Against State-Sanctioned Discrimination May 9, 2017

President Donald Trump’s signing last week of an executive order that could encourage the use of religion as an excuse for anti-LGBT discrimination has fair-minded Hoosiers speaking out on what it eans to be an LGBT person of faith. 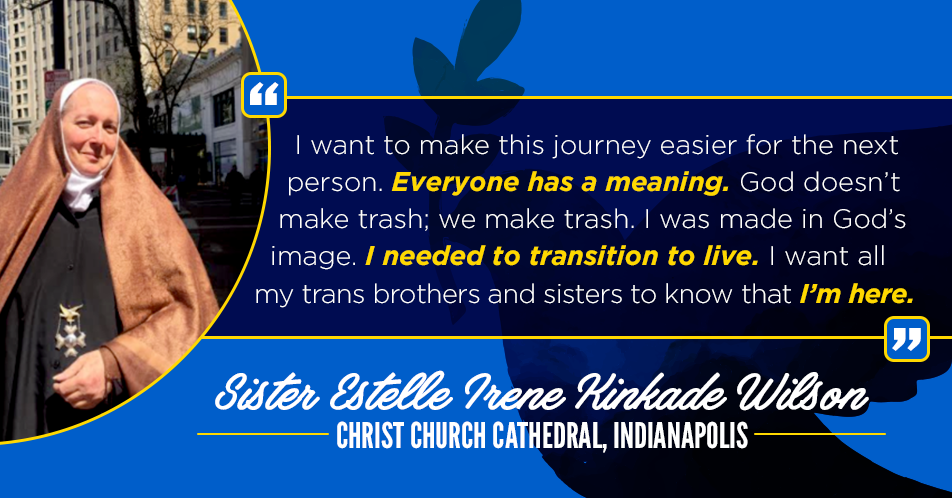 Hoosiers are well acquainted with public policy purporting to be about “religious freedom” that in reality serves as a smokescreen for anti-LGBT discrimination. The so-called Religious Freedom Restoration Act that roiled the legislature here in 2015 has inspired similar attacks in subsequent years, both in Indiana and around the country.

Many Hoosiers of faith, though, say discrimination is not congruent with God’s teachings of love and acceptance—and are upset that their faith frequently used to support state-sanctioned discrimination. 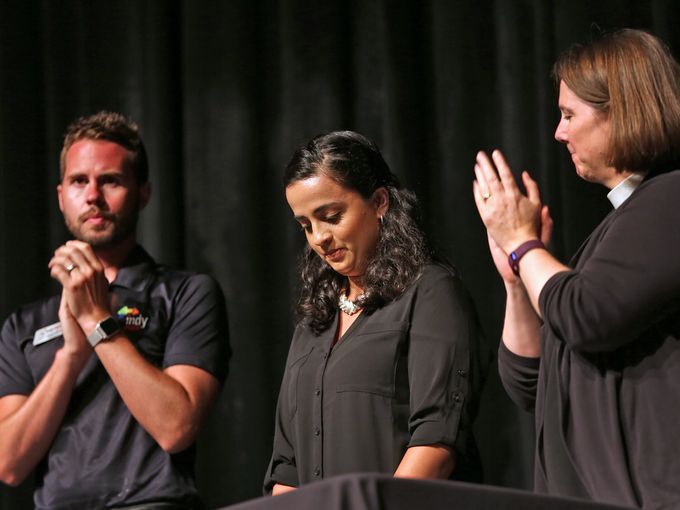 Rima Khan-Shahid, who recently spoke at the Murat Shrine in Indianapolis during a memorial for the Orlando shooting victims, said it’s important to remember the golden rule of all faiths—to love your neighbor as you love yourself. 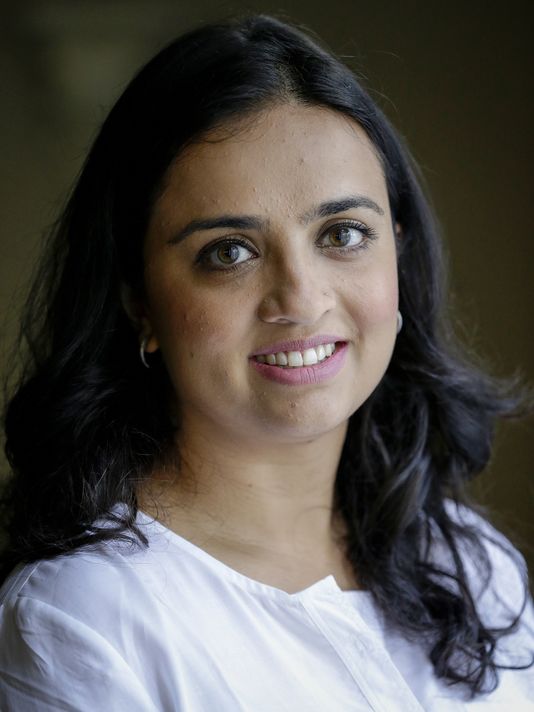 “I urge people to get to know their own faith. I often refer to the prophet Muhammad’s last sermon: ‘We are all the same in the eyes of God.’ We cannot use our faiths to justify discrimination. People too often use God to justify horror and terror. Allah has 99 names and all reflect the idea that God is loving and merciful. I would love to spread the message of a peaceful and loving God.” –Rima Khan-Shahid, Indianapolis

She made it clear that her faith teaches that all people have a right to live safely and peacefully in their communities—and that using the law as a tool for hatred and discrimination “enables people to carry out these horrific acts.”

Sister Estelle Irene Kinkade Wilson, who serves as a Celibate Solitary Sister of the Episcopal Church and currently attends Christ Church Cathedral in Indianapolis, has personally felt the sting of state-sanctioned discrimination. She says she is “tired of being [labeled] legal or illegal over something that has absolutely nothing to do with government.” Acceptance of her as a transgender woman, she says, is between her and God—not the government.

Estelle has been a regular attendee at Christ Church for 8 years, and has never flagged in her attendance, even after she was publicly outed by another attendee. After that incident, Christ Church’s bishop worked hard to make Estelle feel welcome. Now, she works as a sort of ambassador for other LGBT people who might find their way to Christ Church. 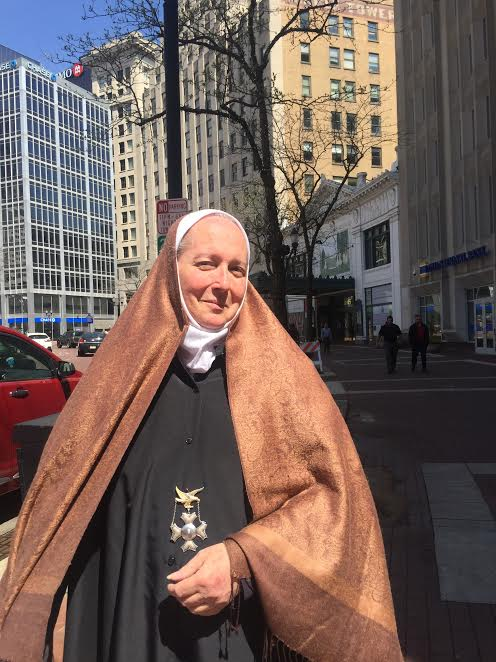 “I want to make this journey easier for the next person. Everyone has a meaning. God doesn’t make trash; we make trash. I was made in God’s image. I needed to transition to live. I want all my trans brothers and sisters to know that I’m here and if they want a place to worship, they can come to Christ Church Cathedral.” –Sister Estelle Irene Kinkade Wilson, Christ Church Cathedral, Indianapolis

Both Estelle and Rima hope that lawmakers will move away from these legal attacks on LGBT Americans, and instead focus on implementing a statewide civil rights law that would protect LGBT people, as well as people of faith, from discrimination.