When Kathrynne took a new job at a large national organization in downtown Indianapolis, she thought the time was finally right for her to officially transition to the gender she lives every day.

“I knew they had a nondiscrimination policy in place within their company that protects gender identity. I wanted a safe workplace in which I could transition,” she said.

After two months of working there presenting as a man—even though she lived the rest of her life outside of work as a woman—she informed the company’s human resources department she would be officially transitioning. Unfortunately, she then learned her new workplace was not a safe one.

In a humiliating turn, the company’s human resources department immediately outed Kathrynne to her coworkers via a staff-wide email. And it got worse from there. 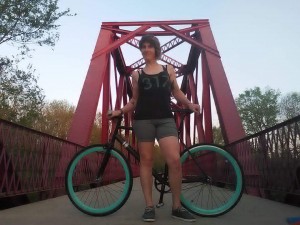 Once Kathrynne started presenting as female to her coworkers, she also started using the women’s restroom. But management informed Kathrynne that she would need to use a separate bathroom in the basement or be fired, a policy that made her feel not only further humiliated, but afraid for her economic security and health during a precarious time.

“Seeing as how I worked on the third floor, this was incredibly problematic and humiliating. … [The head of HR] stated that if I do not comply, it is grounds for termination.”

Kathrynne complied with the policy until she had completed the final legal steps in her transition. Then, she approached management again about their discriminatory bathroom policy—a policy, she pointed out, that was not only against the company’s internal regulations but against Marion County’s human rights ordinance that prohibits discrimination on the basis of gender identity and expression.

But then, not only did management refuse to get rid of their discriminatory policy, they tried to prevent Kathrynne from speaking about it after she was approached by the company’s LGBT employee resource group. 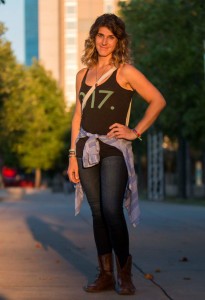 “I was the only transgender person working there at the time, so I saw this as a perfect platform to voice my frustrations,” she said. “The following day, I received an email from the head of HR stating that they were very proud that I was speaking at the event, and that they support me 100%. However, if I were to say anything about the bathroom situation, it was grounds for immediate termination. So not only did they want to discriminate against me, they didn’t want anyone to know, and if I were to say something, I’d be fired.”

At that point, Kathrynne said, she was “completely fed up.” She contacted Lambda Legal, who put pressure on the company to change their restroom policy. It was a tough fight.

“They would not budge on their decision, all while releasing company-wide stickers and signs about being a ‘safe space’ for LGBTQ people. It was rather disgusting,” Kathrynne said.

In June 2015, the company finally agreed to change its policies.

“With the help of Lambda Legal, they re-wrote their policies, so no other transgender employee in the future will be subjected to the sheer humiliation I faced,” Kathrynne said.

Freedom Indiana is proud to share Kathrynne’s story. Stories like her are instrumental in educating the public about who transgender people are and the discrimination they face every day.

We’re glad Kathrynne was able to change her company’s policies to better protect transgender people, but the only way to ensure this never happens to any Hoosier ever again is to pass LGBT-inclusive non-discrimination protections statewide.