I Wanted a Safe Workplace In Which I Could Transition Kathrynne • Indianapolis
Hoosiers Reflect on Next Steps in the Fight for Equality as LGBT Rights in Indiana Take the National Spotlight Once Again July 26, 2016

Indiana is again making national news for its record on LGBT rights, opening the door for another round of negative coverage that could hurt the state’s economy and national reputation.

Hoosiers know how much it hurts to have their state making news for all the wrong reasons. As the Hoosier state becomes more widely known for its lack of protections, it’s important to remind the public that people are working hard across the state to pass comprehensive LGBT nondiscrimination protections. In the meantime, though, LGBT Hoosiers face the threat of discrimination every day—and Indiana’s economy is suffering.

Matthew Zaradich remembers feeling embarrassed as he watched from Chicago as the fight over his home state’s so-called Religious Freedom Restoration Act unfolded on national news. One of Matthew’s formative experiences as a gay man actually occurred in Chicago, where he was violently thrown out of a bar after holding hands with another man. 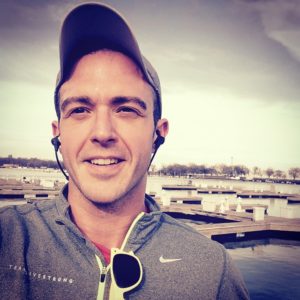 “I was incredulous. It was the first time I had experienced something like that—actually being expelled from somewhere simply because of who I am.”

Matthew turned to the legal system after that incident, but realized that if the same thing had happened to him in Hobart, his hometown, he would have no recourse because Indiana has no civil rights protections on the basis of sexual orientation or gender identity. Other LGBT Hoosiers realize this too—their second-class legal status is driving many away, hurting Indiana’s economy in the process.

Courtney Tritch, who organizes Fort Wayne’s Progressive Social Hour and is Vice President of Marketing at the Northeast Indiana Regional Partnership, underscored this economic message. She understands how important it is for Indiana’s future that the state be seen as welcoming to all people—and right now, it just isn’t. 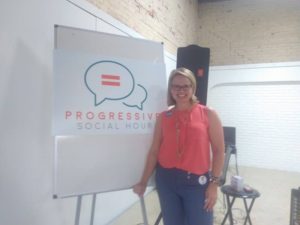 “I have over a decade of experience in economic development … and there is only one thing I know for sure: perception is reality Every time I see Indiana debating ‘religious freedoms’ and civil rights for the LGBT community, I get chest pains from holding in my anger as I see all of the hard work done to forward the northeast Indiana economy being cut off at the knees.”

For business owners, the issue is urgent. Every day that Indiana is in the national headlines as a potentially hostile, unwelcoming place to do business, entrepreneurs lose access to investment capital, human capital and customers. Graham Brown, the founder of United State of Indiana clothing company, knows this instinctively.

“When everyone is welcome, everyone benefits. I truly believe that our state is working toward a common goal of a thriving and interesting small business ecosystem, but anyone who wants to withhold the rights of citizens because they disagree with core parts of those citizens’ personhood is a destructive force toward our collective progress.”

Brown knows there are caring people across the state who want to see their LGBT friends and neighbors protected from discrimination. In fact, that’s the reason he started his business: to showcase the talents of people who love Indiana. Like him, they’re working to make their communities a safe place for LGBT Hoosiers. But, he says, statewide legislation is still the best way to protect LGBT Hoosiers and ensure that Hoosier businesses remain competitive. 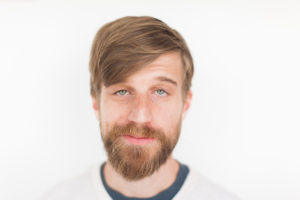 “Legislation is our way, as a society, of recording and enforcing what we’ve decided is important to each of us without exception. In the year 2016, it’s clear that we can legislate in a way that respects all religious and philosophical beliefs without attacking or limiting the right to have those beliefs. We need to do that. I believe we must run our businesses and contribute to our communities with compassion and open-mindedness, prioritizing our shared goals before our personal pursuits. We need to legislate in the same way.”