I Wanted a Safe Workplace In Which I Could Transition Kathrynne • Indianapolis
The Strength of Our Movement for LGBT Equality in Indiana is Unshakable November 9, 2016

LGBT and allied Hoosiers watched last night as our state, and our nation, elected leaders who stand against the tenets of dignity and fairness that are at the core of who we are. But though the future of LGBT equality in our state is uncertain, one thing is clear: The strength of our movement—and the work we’ve committed to do together—is unshakable. 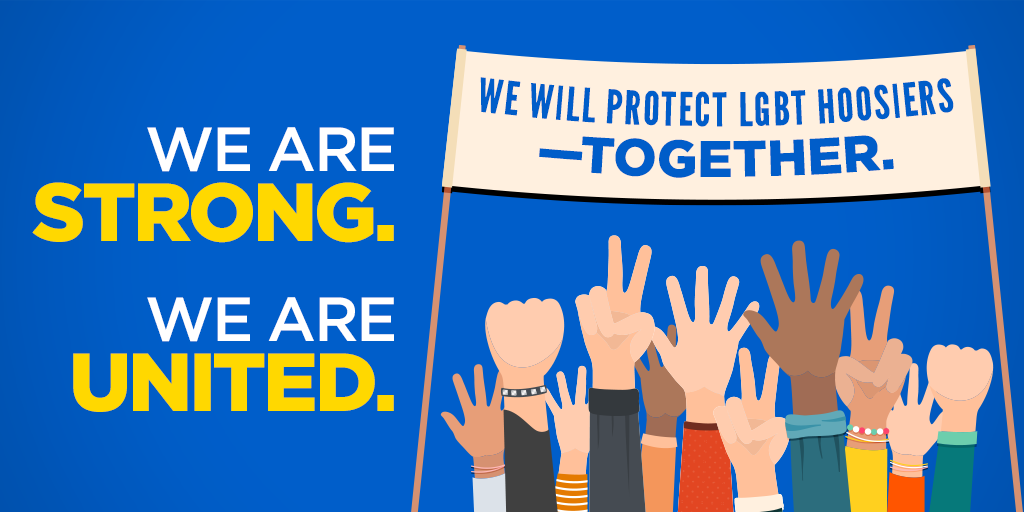 Though it’s true Governor-elect Eric Holcomb did not embrace support for comprehensive LGBT non-discrimination protections in his campaign, that does not weaken our movement or its expectations for our new governor. When he takes office in January, he’ll inherit a complex slate of issues that deeply impact the families and businesses that call Indiana home. Among those issues will be the urgent priority of restoring our state’s reputation and revitalizing our economy in the wake of RFRA.

And as governor of the state of Indiana, he will be expected to represent the interests of ALL Hoosiers—and that includes the strong majority of Indiana residents who agree it’s time to update our state’s civil rights law to secure comprehensive LGBT non-discrimination protections.

“Freedom Indiana congratulates all those who have been chosen to represent Hoosiers at every level of government. Over the past year, we have seen communities across the state adopt fully inclusive nondiscrimination protections for LGBT individuals. Hoosiers are ready to turn the page on discrimination, and Freedom Indiana is dedicated to working with elected officials across the state to ensure that everyone, including LGBT Hoosiers, can live their lives without fear of discrimination.”

As supporters of LGBT equality process the results of last night’s election, all of us at Freedom Indiana want you to know one thing: We will fight for you. We’ll continue making the case to lawmakers—including our soon-to-be Governor Eric Holcomb—that the time is now to pass comprehensive LGBT civil rights in Indiana.