Late last week, a group of 141 religious leaders from across Indiana penned a letter to the editor calling on lawmakers to seize the opportunity to update the state’s civil rights laws to include non-discrimination protections for LGBT Hoosiers. 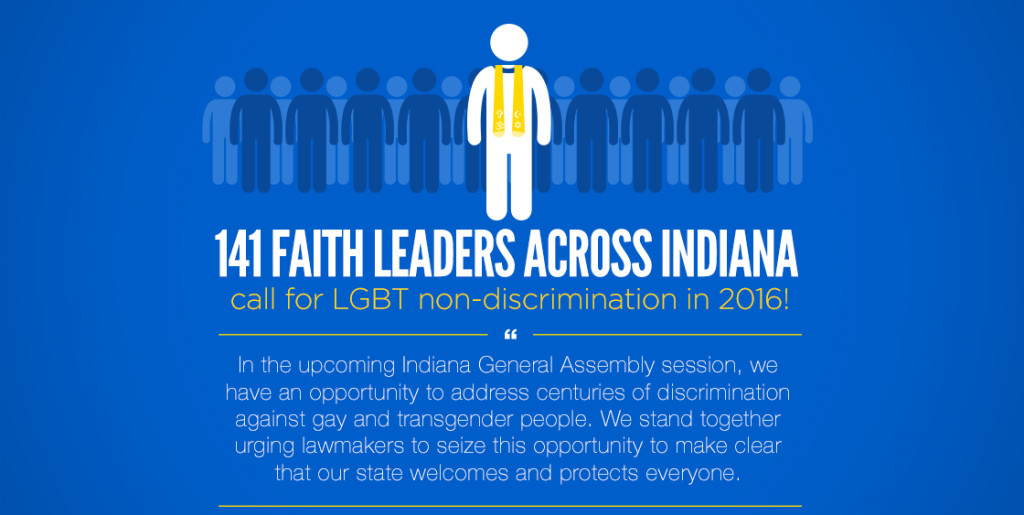 In the letter, the clergy and faith practitioners cited their faith as impetus for supporting full LGBT rights:

Our faith traditions emphasize justice and mercy. Our society is not just when our friends, family, neighbors and fellow citizens are being treated as less because of their sexual orientation or gender identity. When any one of us is denied full protection as a human being, no human being is safe.

Contrary to the message being peddled by opponents of LGBT non-discrimination protections, this statement of support from leaders of faith shows that not only is full LGBT equality reconcilable with religious liberty, it is also supported by faith:

We are dedicated to affirming the religious freedom of ever individual. We believe that all people are created in the image of God and should be treated with dignity and respect as children of God.

This letter came several days after a faith vigil in downtown Indy to encourage lawmakers to pass full LGBT non-discrimination protections in 2016. Rev. Danyelle Ditmer told press: “A lot of times we hear about faith or God being used in justification for discrimination, but we want to make it clear that the God that we believe in is a God of love that has created all people, a God of justice.” 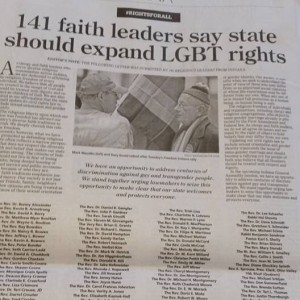 The underlying message coming from Indiana’s faith community is clear: discrimination against LGBT Hoosiers runs counter to faith values. And until the state’s civil rights laws are updated to include LGBT protections, gay and transgender people remain at risk of discrimination.

Faith leaders are taking a strong stand to change this by sending a clear message to legislators that religious values should not be a roadblock, but an impetus for legislative action to protect gay and transgender Hoosiers from discrimination.

Join the movement for full LGBT rights. Click here to send a message to your legislators.