Everyone Stands to Benefit Michelle & Stephanie

Michelle and Stephanie live in Indianapolis where they are raising three sons – one four-year old and two-year old twins.

They’ve lived in Indianapolis for five years, after moving here to pursue professional opportunities in the state. They love Indiana and hope to continue to raise their family here – and that’s why they’re speaking up in support of comprehensive non-discrimination protections for all Hoosiers.

We talked with Michelle about what non-discrimination means to her family and why it matters.

Stephanie works full-time, and Michelle is currently a full-time mom.

“As the boys grow up, I’ll be returning to work,” Michelle said, “I want to know that when I’m looking for work to provide for my family, I’m not being discriminated because of the make-up of our family,” she said. 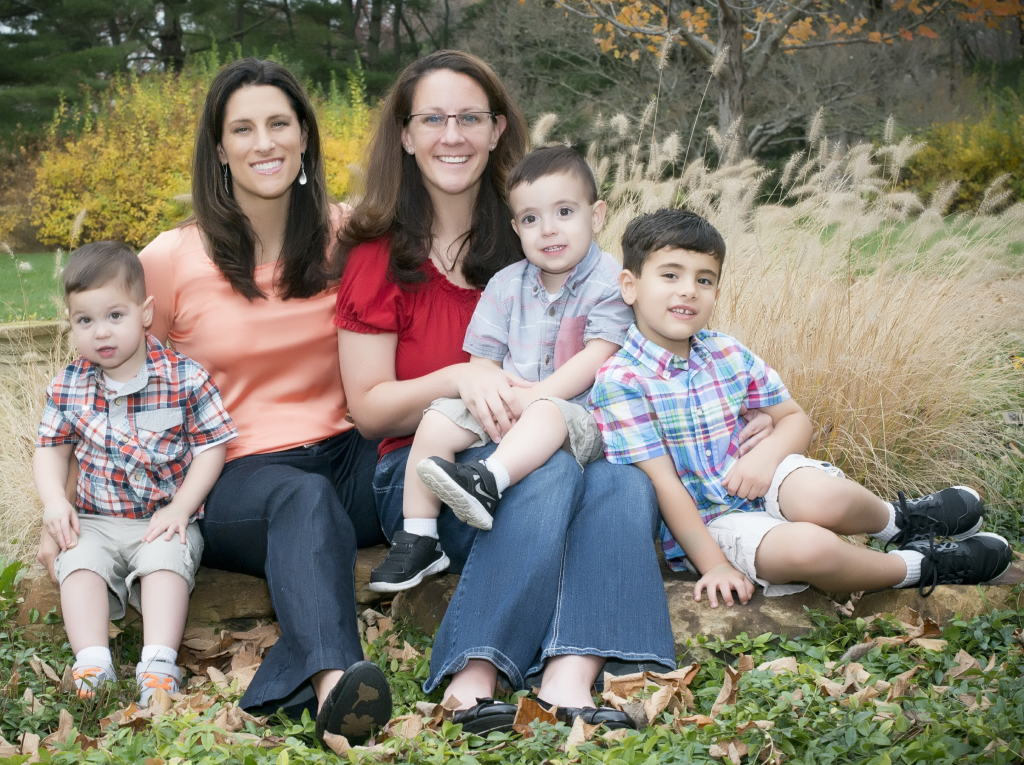 “I’ve been very impressed by the employers who say they don’t discriminate and really mean it, now it’s time for the state as a whole to catch up,” Michelle said.

“It should be about ‘Can you do the job?’ not about what your family portrait looks like,” Michelle said.

Before taking a break from full-time employment, Michelle worked in incentive marketing and hopes to get back into the marketing field as their sons get older.

Public polling has shown that a strong majority of Hoosiers support non-discrimination protections for LGBT people, including many Republicans – and Michelle’s experience backs that up.

“Someone I used to work with, a devout conservative, as he got to know Stephanie and our family, he realized no one should be discriminated against.” Michelle said.

“And during the whole RFRA controversy, he texted me to say he was embarrassed by the Republicans who were leading that charge,” she added.

For Michelle and Stephanie, it’s not just about ensuring their family doesn’t face discrimination – it’s about treating all people with respect.

“We are Christians, we were both raised Christians, and we believe in treating other people as they’d like to be treated,” Michelle said.

Ultimately, Michelle said, if statewide non-discrimination protections are passed in Indiana, “We’ll be on cloud nine,” she said, “For everyone here, for all the families we know. I think everyone stands to benefit.”

We couldn’t agree more – and we’re grateful for Michelle for speaking up and standing up for ALL Hoosier families.