Every Day, My Son Lives with Discrimination Leslie Barnes

Indiana needs to update its civil rights law to include gay and transgender people because it is important to our family that our son Matthew be judged on his ability to perform at work and not on his identity.

Saying “our state abhors discrimination” is simply not enough. If the state of Indiana fails to update its civil rights law, that means my child’s opportunities for employment in Indiana are severely limited. Anti-discrimination laws support the notion that applicants be judged upon their ability to do the job and not upon race, religion, or gender.

A strong anti-discrimination law sends a message that my child’s contributions are valid and valued. That message has the ability to save my child’s life. 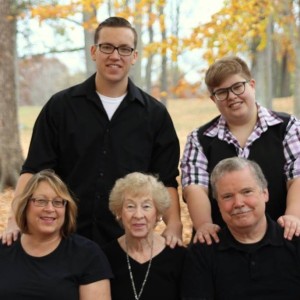 As a mom, I fear equally for Matthew’s physical safety and his emotion well-being.

If the state gives in to fear mongering, that being gender expansive makes my child predatory or somehow broken, the state has given the real predators a license to assault my child for the simple act of going to the bathroom or for just existing.

Every day, Matthew lives with discrimination.

The day-to-day discrimination he deals with results from being judged differently from others, and it isn’t necessarily illegal but it is equally harmful. Every day, people question his motives, his sincerity, and yes, his mental health. He goes to school every day and deals with stares, misgendering, inappropriate questions, bullying and exclusion. Yet he perseveres. Matt is the strongest, most self-aware and authentic person I know. Laws aren’t made to address this type of discrimination but, over time, they can change the attitudes that harm my child every day.

Matthew’s school has an anti-discrimination policy in place that includes sexual orientation and gender identity under their prohibitions for sexual discrimination. They’ve worked with our family to put that policy into practice.

When I asked Matthew why it’s important to him to tell his story and why we need to raise awareness, he told me: “If you want to know something on an issue, asking a person who has experienced it is good, although try and limit questions to general ones, and don’t ask every question you have. Trans people have lives too. As well, if a person reveals to you that they are trans* don’t assume everyone knows, and don’t out them. While most trans people would love to be out, it is not always safe.”

Please join me in asking lawmakers to update our laws to protect my family and families across our state from discrimination.