This weekend, LGBT Hoosiers across Central Indiana will flock to Indianapolis for Circle City IN Pride, a week-long celebration and fundraiser for Indy Pride, the region’s largest LGBT community-building organization.

Although last year’s RFRA fight cast a shadow on Indiana’s national reputation as the place of “Hoosier hospitality,” Indianapolis is still very much a city that is open and welcoming to LGBT people, especially young professionals who will drive Indiana’s economic growth today and in the future. It even draws young professionals from other states. 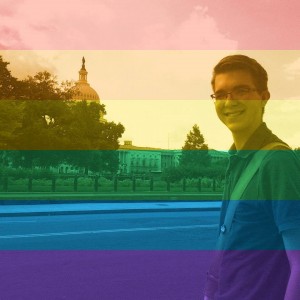 Brian Kennedy is a Californian who moved to Indianapolis last year after landing a new job. At first he was wary. He had heard about Indiana’s anti-LGBT RFRA, and was worried about facing discrimination. But he soon learned there was a disconnect between rumor and reality.

“When I was living in California, the news of RFRA was spreading across the country. There was this perception that Indiana was backwards and living in a bygone era, that our state was not welcoming. The media could not have been more wrong,” he said.

Brian said the city and the state were so welcoming that he felt for the first time in his life that he had the community support to live as his authentic self.

“But even then, it was a hard decision. It was difficult to break the trend of self-correction and heteronormativity; that if I didn’t speak a certain way or like certain things then I would be thought of differently or put down. But this year or so since I found that courage within me to be myself has been one of the best, most productive and fulfilling times of my life.”

A major contributor to this perception of Indianapolis as a welcoming place is the city’s LGBT-inclusive human rights ordinance, which has been on the books since 2005. It was one of the first cities in the state to adopt such an ordinance, a move that has paid economic dividends. An HRO protecting people from discrimination based on sexual orientation and gender identity in employment, housing and public accommodations gives Indianapolis an edge when recruiting LGBT professionals, 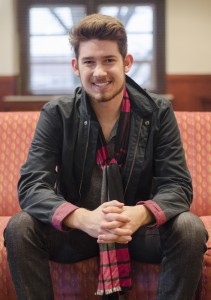 When Jack Hesser graduated from college and started looking for a job, he was stunned to learn that there were no statewide nondiscrimination protections for LGBT Hoosiers. He eventually moved to the city and took a job as a teacher. He said Indianapolis’ inclusive human rights helped him decide where he wanted to land after graduation.

“I don’t think that someone should have to limit their job search to small areas within the state that will not discriminate against them for their sexual orientation and/or gender identity. Indiana has a wide variety of people that all share the same Hoosier values. If we are to truly live up to those values, we need to pass legislation that reflects our ‘Hoosier hospitality’ and protects people, not alienates them.”

Jack is not alone in making the choice to move to Indianapolis because of the city’s reputation as a welcoming place for LGBT Hoosiers. People from some of Indiana’s smaller and more rural towns are packing up and leaving because they want to live in a place where they’re protected from anti-LGBT discrimination.

Lindi and Vaughn moved to Indianapolis from just such a small town for several reasons, but they said Indianapolis’ reputation as an open-minded and accepting city played a large part in their decisionmaking. These kinds of values, they said, represent the future.

“Laws protecting LGBTQ people have far-reaching effects and generally improve the quality of life for all Hoosiers. Beyond knowing that LGBTQ people have inalienable rights, Indianapolis businesses and residents are prideful of serving, accepting, and loving all individuals. These virtues are important for any city, and are major draws for creative people, businesses, and young professionals. The future looks like Indy.” 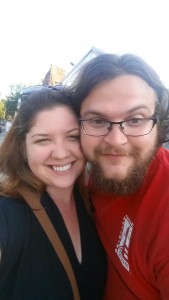 Both are looking forward to celebrating Indy Pride this weekend, as well as the bright future they’ll have in Indianapolis.

Municipal ordinances like Indianapolis’ are an important strategy for expanding nondiscrimination protections for all Hoosiers. Freedom Indiana is working locally across the state to help cities and counties craft their own inclusive ordinances.

However, to ensure that LGBT Hoosiers are protected no matter where they live—and to help the rest of Indiana be as competitive a place to do business as Indianapolis is—legislators must pass statewide nondiscrimination protections.

If you agree that a city-by-city patchwork of LGBT protections just isn’t enough, send a message to your legislators now.

Urge them to apply such protections to all Hoosiers by adding four words and a comma, “sexual orientation, gender identity” to the state’s nondiscrimination laws.