Last week, the Bloomington Herald-Times Editorial Board published and op-ed calling on the Legislature to “add sexual orientation and gender identity as protected classes under Indiana law.” 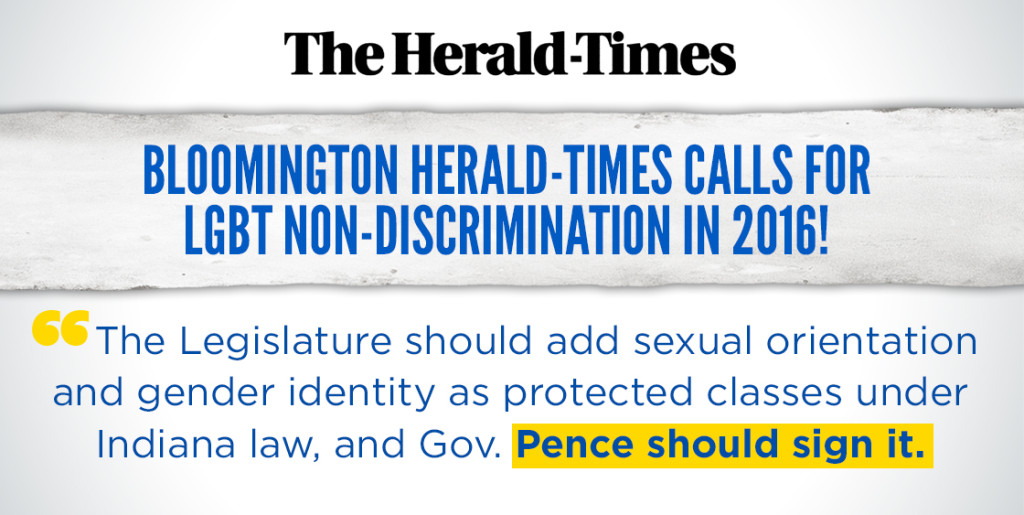 The editorial comes just one day after the launch of Indiana Competes, a coalition of more than 180 businesses united in support of comprehensive LGBT non-discrimination laws because they know that fully inclusive protections is good for business.

The Editorial Board’s call-to-action mirrors many of the arguments put forth by Indiana Competes in favor of updating existing non-discrimination laws to include sexual orientation and gender identity:

The aforementioned “RFRA fiasco” is in reference to the millions of projected revenue losses, specifically in the tourism and import/export industries, precipitated by the passage of a widely-viewed anti-LGBT bill earlier this year.

We’re grateful for the Bloomington Herald-Times Editorial Board’s public endorsement. To stand with the board, click here to sign the pledge in favor of fully inclusive non-discrimination legislation.