I Wanted a Safe Workplace In Which I Could Transition Kathrynne • Indianapolis
Back to School Season Presents A Different Set of Challenges for Transgender Students August 18, 2016

In the coming weeks, kids across the Hoosier state will be going back to school. Most kids find that leaving the lazy summer days behind and returning to a strict regimen of lesson plans, pop quizzes and homework is difficult. For transgender kids it can present additional challenges.

One of these challenges is deciding when, exactly, to come out to friends, teachers and school administrators about their gender identity.

Laken Garvin-Hall is a transgender, genderfluid student at George Washington Community High School in Indianapolis who will be going back to high school this fall. Laken says all students just want to feel safe being who they are, but that transgender and genderfluid students often face bullying if they come out, even from adults—so they don’t.

In 9th grade, right when Laken was starting to get more comfortable with the idea of expressing a gender identity that wasn’t strictly male or female, there was an incident. 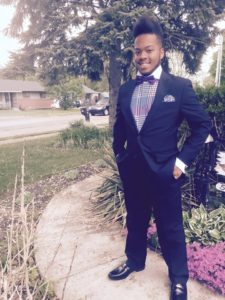 “There would be some days I would wear heels to school and not a very flashy pair, just a simple black heel,” Laken explained. “A lunch lady confronted a friend of mine and told her (referring to me) ‘that faggot shouldn’t be wearing heels, he needs to get his ass beat up.’ Luckily that friend talked to me about it and we both went to school authorities.”

The administration was sympathetic to Laken, and terminated the employee who made the comments. Still, it rocked Laken’s self-esteem.

“It’s not just the [non-transgender] students who should have a feeling of safety when going to school, or out in public, everyone should.”

Alec Dean is a transgender senior in Kokomo. He had to confront the school’s administration to be able to use the restroom that matches his gender identity. Despite the uphill battle just to be able to do something as basic as use the restroom, Alec says being out in school is “empowering.” 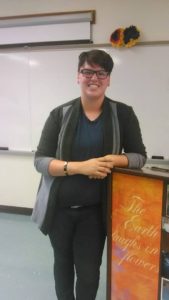 “It’s a great feeling that I am finally able to walk the halls without as many strange looks as I used to get. It feels good to finally be able to go to the men’s restroom after struggling with the school to let me use them.”

Still, Alec knows his situation isn’t universal, and that some transgender students at his school don’t live openly because they’re afraid of what people will think or how they will be treated.

“I realize that I am luckier than the other trans students at my school, with some of them still being in the closet out of fear of their peers or facing bullying from people who don’t accept them.”

For all the challenges being transgender in school can present, for the trans students like Alec who get full support from their peers and teachers, being able to live openly and free of fear is a game-changer.

Parker Worster is a transgender senior at North Central High School in Indianapolis. He came out as transgender in his junior year, and says it was really hard at first. But soon he got a new haircut, and started dressing in a way that made him feel more comfortable, and things got better. The first day of school he let all of his teachers know what he was doing, including his preferred name and pronouns, and most understood and did their best to accommodate him.

“The equality that is in school systems should be improved though because not many teachers, unless they’ve had a previous queer student, know a lot [about being transgender]. Equality should be taught on a national level.”

Parker is very involved in the theater department, and describes his friends there as being like a second family. Telling them about his transition was an uplifting experience. 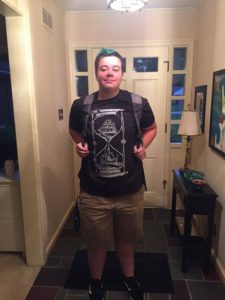 “When I told them everyone accepted me and made me feel so comfortable and happy with myself. My group of theatre friends stood up for me when I couldn’t correct people when they screwed up my pronouns. So being trans in school is honestly great.”