Just one day after HB 1361 was filed, lawmakers have announced that the harmful bill—which was introduced by Rep. Bruce Borders to prohibit transgender Hoosiers from updating their birth certificates—will not advance. 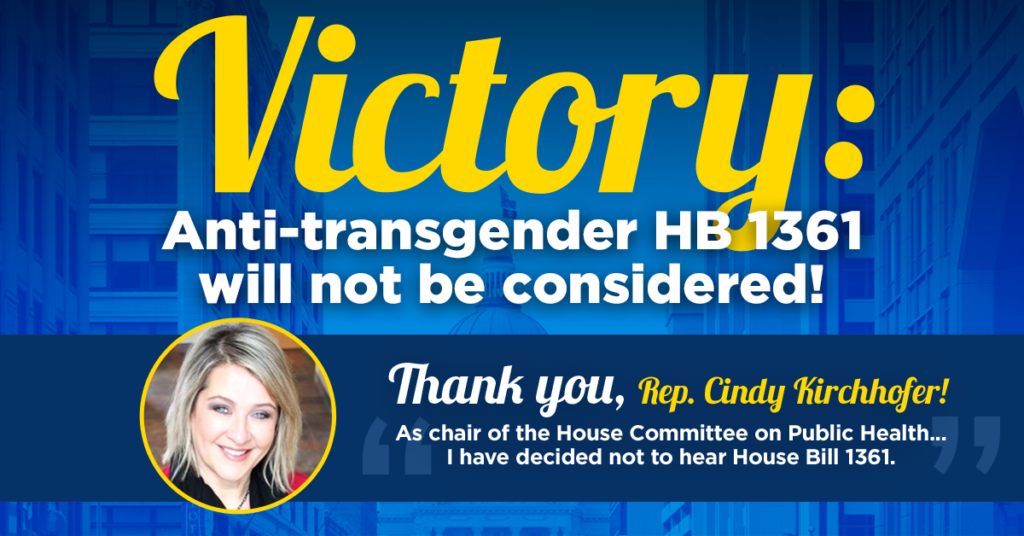 In a statement released today, Rep Cindy Kirchhofer (R-Beech Grove), chair of the Public Health Committee to which HB 1361 was assigned, confirmed that she will not hear the bill:

“As chair of the House Committee on Public Health, I am focused on several priority issues this legislative session including addressing the opioid and heroin epidemic, which is claiming the lives of more and more people every day. Keeping this in mind, I have decided not to hear House Bill 1361.”

We’re so thankful to Rep. Kirchhofer and members of the Indiana General Assembly who saw HB 1361 for exactly what it was: A harmful, discriminatory distraction from the real issues facing Hoosier families.

In the 24 hours since HB 1361 was introduced, thousands of Hoosiers spoke out against it—warning lawmakers that Indiana can’t afford a costly “RFRA 2.0” that would undoubtedly result from the passage of discriminatory legislation.