“As Americans, I feel like this denies us the freedom we all deserve.” Angie and Cynthia Alexander

“As a mother, I am here to protect, provide for, and nurture my children – that’s always my priority.” That’s how Angie Alexander summed up her feelings on her family, which includes her wife Cynthia and their two daughters, one five years old the other just four months. Cynthia and Angie have been together over 11 years, and they’re proud to call Indiana home. 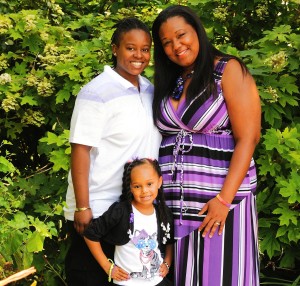 Recently, when they were looking for a pediatrician to care for their girls, Angie and Cynthia were afraid that someone might not want to take care of their children because two moms were raising them.

“The health of our children is our first concern – imagine if we were turned away because of the makeup of our family? If this bill passes, that’s what could happen,” Angie said.

“We were able to find a doctor that accepted our beautiful family for who we are, but I fear for other parents who might go through the same thing, and I fear how much worse it would be if this bill became law,” she continued.

Angie’s right, if the so called “Religious Freedom Restoration Act” passed, it would allow any individual or business to discriminate against any Hoosier, using religion as an excuse.

In fact, in neighboring Michigan, this nightmare scenario came true for a same-sex couple whose pediatrician refused to continue caring for their child because she had two moms.

“As Americans, I feel like this denies us the freedom we all deserve,” Angie said.

The idea that she might not be able to provide for her children caused Angie to take action. She attended Freedom Indiana’s Faith Vigil last week and said she wanted to get involved in any way she could to stop this harmful proposal from becoming a reality in our state. 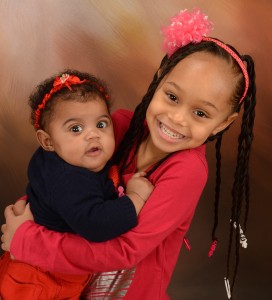 That’s how we’re going to stop this harmful bill in its tracks: Real Hoosier families standing up for freedom for everyone. By sharing our stories we can point out the real harm this proposal would cause.

No parent should have to worry if their children will be safe because of who their parents are. We’re grateful for families like Angie and Cynthia for sharing their story and standing up to stop this bill.

If you’re ready to get involved to stop RFRA, use our Click-to-Call Tool right now to contact your state representative.