College scholar to leave Indiana if RFRA passes in House Morgan Mohr • Kokomo
A Statewide Hate Crimes Law Would Mean Justice for LGBT Hoosiers Like Abby, Who Was Harassed for Being Transgender March 15, 2017

LGBT Hoosiers and allies, including the NAACP of Indiana, the Jewish Community Relations Council, the Muslim Alliance and the ACLU of Indiana, convened at the capitol this afternoon to urge lawmakers to pass a comprehensive hate crimes law. 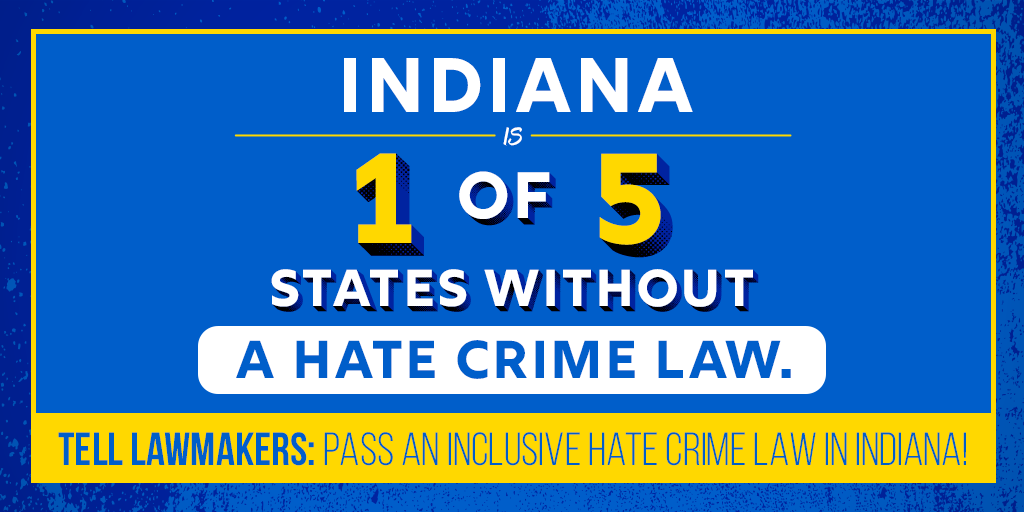 If the legislation advances, Indiana would join 45 other states in sending the message that targeting individuals for violence because of who they are is simply wrong.

It would also mean that transgender Hoosiers like Abby Paden, could finally seek justice for the vicious crimes they are disproportionately victims of.

Last year, Paden discovered that a hateful message attacking her for being transgender had been scrawled across her parking space at her apartment complex. Soon, the neighbor who left the message escalated the attacks, physically confronting Paden and verbally harassing her.

She took her concerns to the apartment complex manager, who urged her to call the police. But because Indiana has no hate crimes law or civil rights protections for LGBT people, there was not much police could do. Abby eventually moved away from Speedway because of the repeated harassment.

Paden said that passing a hate crimes law, in addition to giving police the tools they need to stop criminals, would allow her to feel respected in her community—something she says is lacking because of Indiana’s dearth of legal protections.

“That would give us a lot more respect. It would also portray us as human beings because I don’t think we’re even getting that now.” —Abby Paden

LGBT Hoosiers like Abby suffer on a daily basis, and can’t wait much longer for lawmakers to do the right thing and pass a hate crimes law that protects people like her.

The need for hate crimes laws is well established—that’s why 45 other states have such laws, and why the nation’s top law enforcement groups, like the National Sheriffs’ Association and the International Association of Chiefs of Police, support them.

And with hate crimes on the rise against LGBT people and other vulnerable populations in Indiana and across the country, the need for this legislation has never been more apparent.

Lawmakers can fix this situation right now. If you agree that it’s time for Indiana to modernize its laws and better protect all Hoosiers from violence, click here to send a message to lawmakers urging them to support a comprehensive hate crimes bill.