Every Day, My Son Lives with Discrimination Leslie Barnes
A Bill That Would Make Indiana’s Civil Rights Laws LGBT-Inclusive Debuts At The Statehouse January 20, 2017

A legislative effort to update Indiana’s civil rights laws to protect LGBT Hoosiers from discrimination kicked off in the legislature this week.

Senate Democrats are counting the bill, which was introduced by Minority Leader Tim Lenane (D-Anderson), as one of their top legislative priorities for the session. If passed, it would expand the state’s current civil rights laws to protect individuals from discrimination based on sexual orientation and gender identity, as well as veteran status. 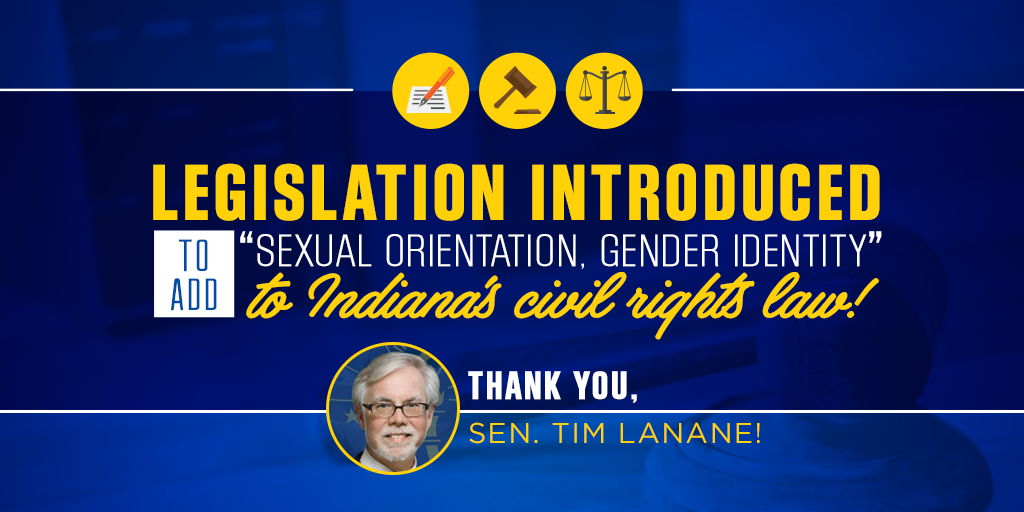 A statewide law barring discrimination against LGBT Hoosiers is more critical than ever—and other legislation floating around statehouse shows us why. Last week, lawmakers introduced a bill that would have made it impossible for transgender Hoosiers to correct their birth certificates and other identity documents to match the gender they live every day.

The bill was sidelined by Committee on Public Health Chair Rep. Cindy Kirchhofer (R-Beech Grove) mere hours after it was introduced, but if passed it would have imposed a severe burden on transgender Hoosiers’ ability to apply for jobs, find housing, enroll in school and more. However, if Indiana law included civil rights protections for all LGBT Hoosiers, this kind of discrimination would be illegal.

Passing comprehensive civil rights protections shouldn’t be a heavy lift for lawmakers—in fact, they would be standing with a majority of Hoosiers. A poll released by Ball State University last fall showed that that nearly three-fifths of respondents—58.5%—would support amending Indiana’s Civil Rights Act to prohibit discrimination based on sexual orientation and gender identity.

Freedom Indiana would like to commend Senator Lenane and the other lawmakers who are supporting this bill. We need more lawmakers to get serious about the real issues that are affecting Hoosier families, instead of focusing on anti-LGBT bills that are nothing more than a discriminatory distraction.