Today, the US Court of Appeals for the 7th Circuit will begin hearing oral arguments in the case of eight same-sex Indiana couples who sued the state for the right to have the names of both parents printed on their child’s birth certificate. 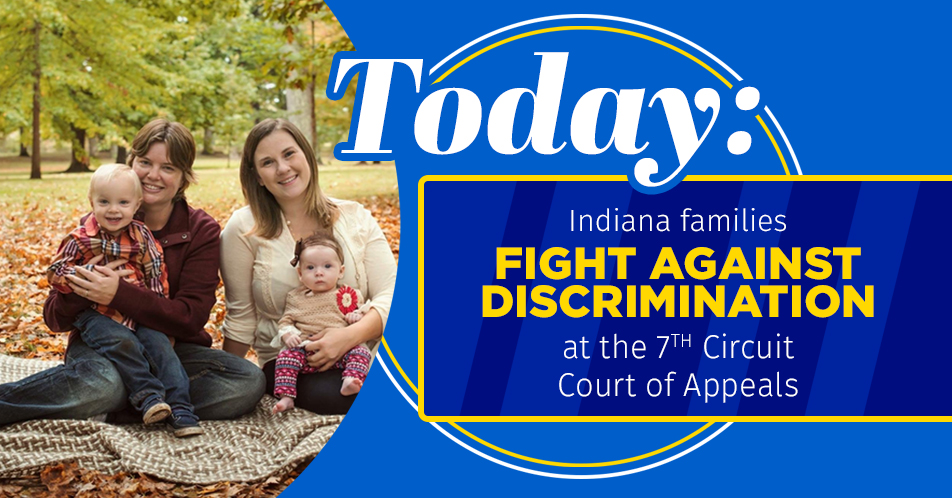 In January, Indiana Attorney General Curtis Hill’s office announced it would appeal a lower court ruling from last June that found in favor of these couples. Before that ruling, Indiana law did not allow for two mothers to be listed on a child’s birth certificate—only one mother, and one father.

Donnica Barrett, a plaintiff in the case, didn’t know about any of these legal issues when her son was born. She was mostly worried about the health and safety of herself and their child, who was born 5 weeks early because of complications with her pregnancy. 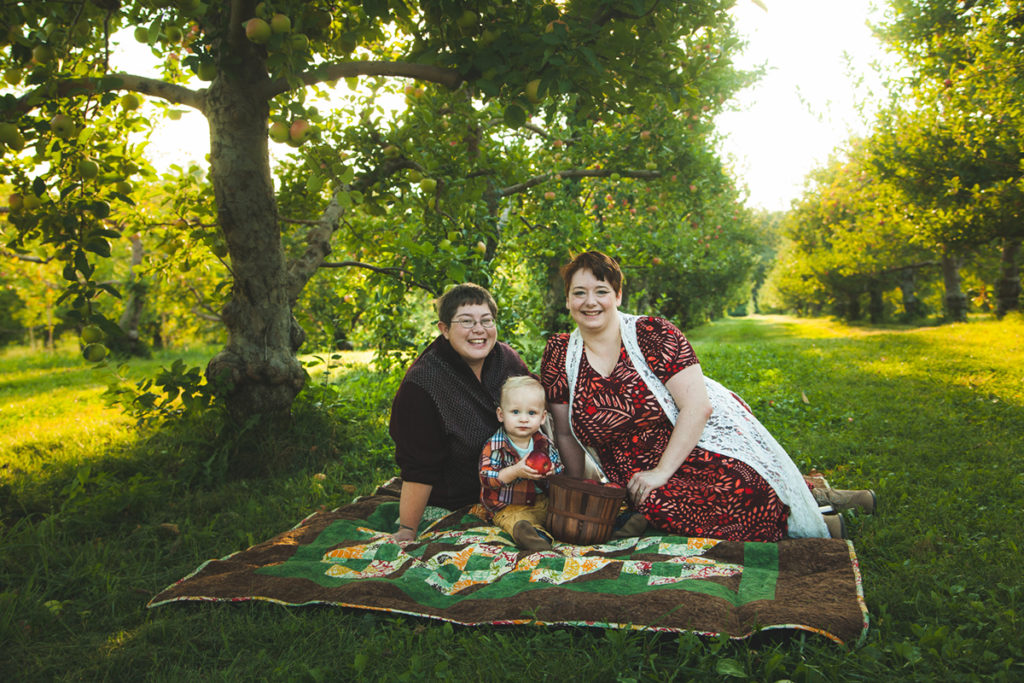 Thankfully, she said, the doctors and nurses provided excellent care, and everything went as smoothly as it possibly could have—until it came time to submit the official documents. Donnica was informed the State Board of Health would not accept the form with her wife’s name and information where the “father’s” should go.

“Having spent the last 48 hours awake with a new baby in the NICU, to have her parenthood questioned at such a vulnerable time was overwhelming.”

“This case is about protecting him first, not us. He is our life. The state’s job is to promote to protection of Indiana families, and our children are its most vulnerable citizens.” –Donnica Barrett, plaintiff

In addition to the emotional toll it took on her family that day, Donnica worried about her son’s future—what harm might come of him if his legal right to have the protection of both his parents continued to be challenged by the state?

“This case is about protecting him first, not us,” she says. “He is our life. The state’s job is to promote to protection of Indiana families, and our children are its most vulnerable citizens.”

This worry was at the top of many other parents’ minds too. That’s why, in 2015, Donnica, her wife, Nikkole, and seven other lesbian couples sued the state to overturn the current birth certificate policy, which, in addition to having no allowance for same-sex parents, automatically lists their children as “born out of wedlock”—a situation that has caused much legal confusion and emotional hardship.

That’s because, AG Hill claims, Indiana law only provides two ways for parents to obtain legal status relating to their children. One of those is to have a biological connection—an obvious hurdle for LGBT couples, including plaintiffs Calle and Sarah Janson, who used a donor to conceive their daughter, Finley. 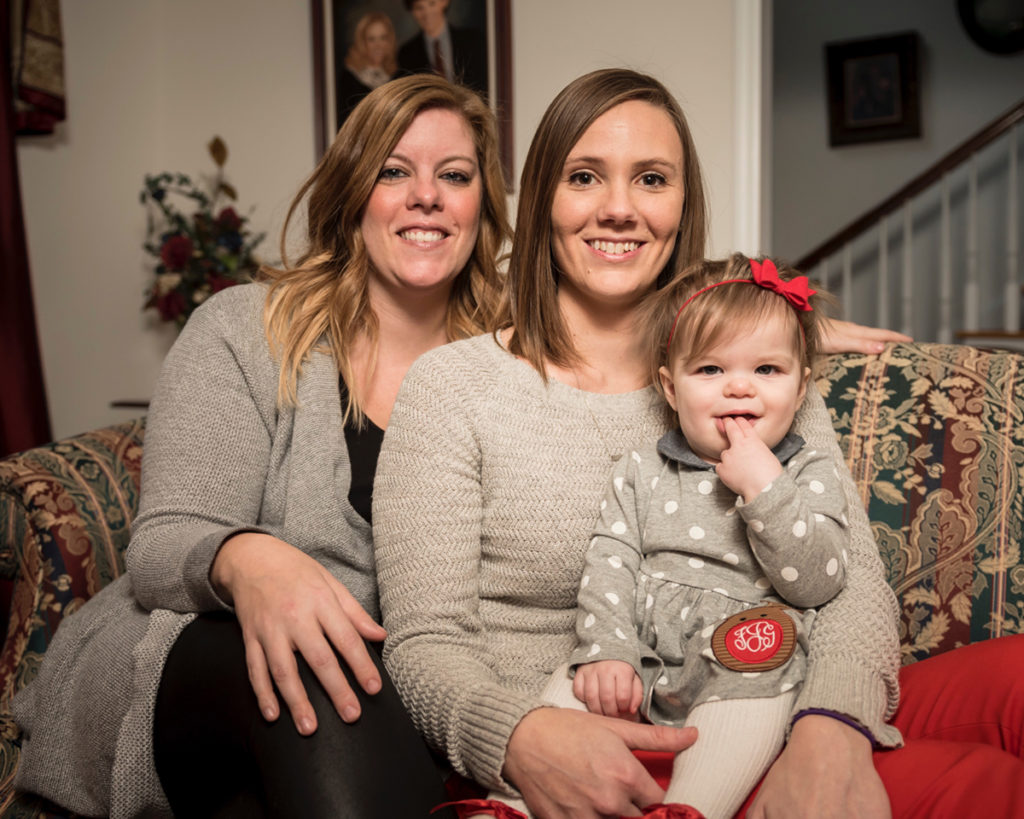 They’ve been together through everything, Calle says, and it’s absolutely ridiculous that the law is keeping them apart, legally, in the most important thing they’ve ever done together: raising their daughter.

“Sarah and I made the decision to start a family together, we chose the donor together, we both cried tears of joy when we found out we were expecting and she was there every step of the pregnancy,” Calle says. “While I labored, she was literally the shoulders that I leaned on. She deserves to bear all the legal responsibilities and protections as Finley’s other mother.”

“If two parents are available to a child, and love that child, that child deserves to have that protection.” –Calle Janson, plaintiff

Calle says Finley also deserves better—she and other children of same-sex couples deserve to have both parents, whose love for their children is just as strong, recognized as such.

“If two parents are available to a child, and love that child, that child deserves to have that protection.”

The other way a non-birth parent can gain legal rights over her child is to go through the long, cumbersome process of adoption. However, this is something that opposite-sex married couples don’t have to do, even if their children are conceived through means that don’t confer an automatic biological relationship, like artificial insemination.

Lyndsey and Cathy Bannick, two other plaintiffs in the case, have looked at legal adoption, but say the cost and process is prohibitive. 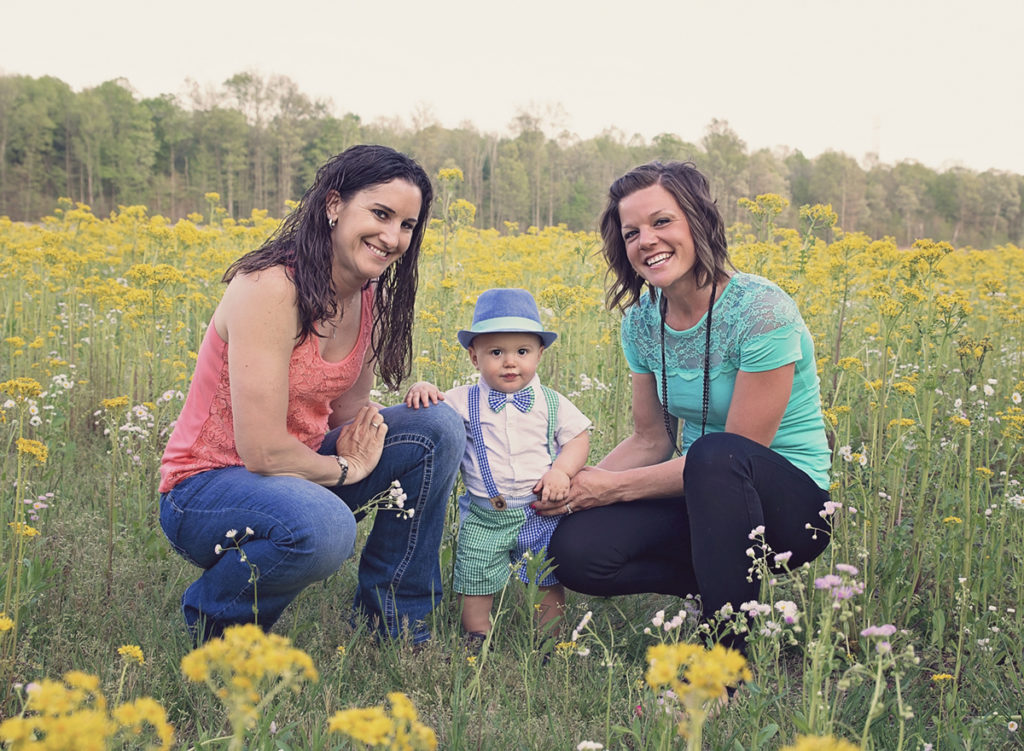 “Besides the obvious equal rights protection, this case is especially important to our family for Cathy to be seen as an equal mother and protected just the same in all facets of life,” says Lyndsey.

Lyndsey gave birth to the couple’s first child, Hayden, two years ago, and is due to give birth to their second in July. They’ve been in a committed relationship for eight years, legally married for four years, and made the decision to have and raise kids as a team. Despite that, under current law, Cathy has to fight to be seen as Hayden’s mom by the state.

“This case is especially important to our family for Cathy to be seen as an equal mother and protected just the same in all facets of life. Cathy would finally be seen as a second legal parent of our children.” –Lyndsey Bannick, plaintiff

In fact, she actually has to carry around extra paperwork drawn up by lawyers to “prove” that she is Hayden’s mother.

Lyndsey says that with a win in this case, “Cathy would finally be seen as a second legal parent of our children, without having to go through the costly adoption and home studies,” a process she thinks is absurd for a legally married couple who made a choice to have children together.

Parental rights are the bedrock of safety and stability for Hoosier families, including families led by LGBT parents. These include being able to make educational and medical decisions for their children, and claim their children as dependents for insurance and tax purposes. It also includes the right to inheritance, the lack of which makes many LGBT parents worry about how they would provide for their children in the event of their deaths.

Opposite-sex couples don’t face these hurdles. This week, plaintiffs will argue that means their rights are being violated under the equal protection and due process clauses of the Fourteenth Amendment.

Last June, the lower court agreed. But now that decision is in doubt, and if it is overturned, families will be thrown into chaos.

Already, thousands of Hoosiers have emailed AG Hill about dropping this attack on LGBT families. If you haven’t sent your message yet, click here to make your voice heard.