Though the movement to pass statewide LGBT non-discrimination protections suffered a setback on Election Day, advocates for equality are already moving ahead with a plan to encourage Governor-elect Eric Holcomb to take up the issue, which polls show a record majority of Hoosiers support. 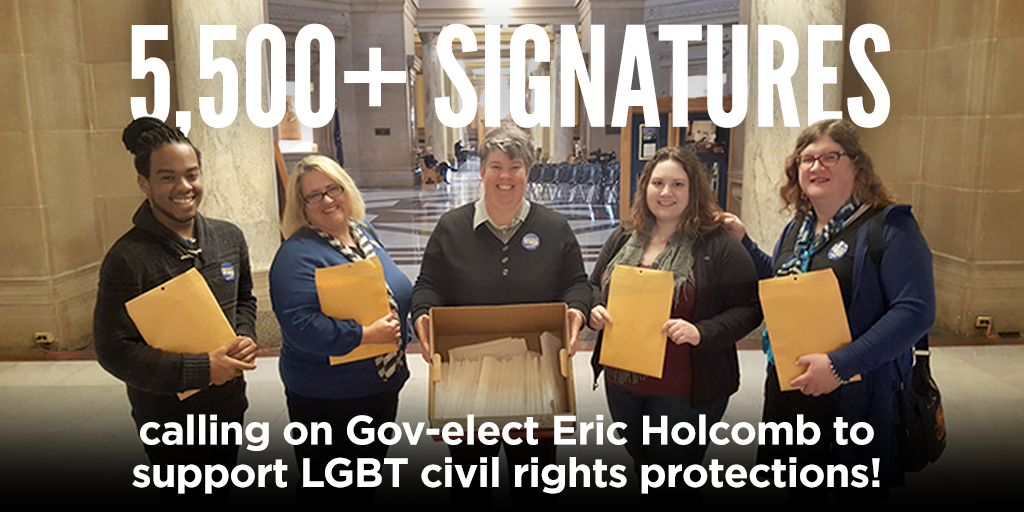 That was the message supporters sent today, in the form of 5,500 petition signatures delivered to the Governor-elect by Freedom Indiana urging him to support legislation protecting lesbian, gay, bisexual and transgender individuals from discrimination. The delivery was planned to coincide with Organization Day, the yearly occasion when lawmakers—including the Governor—start planning their legislative agenda for 2017. 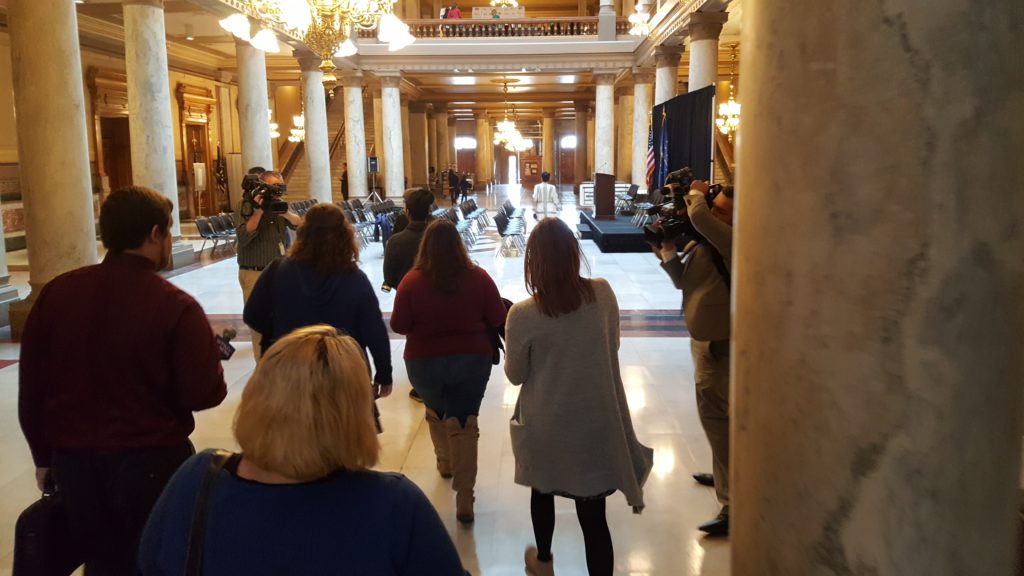 The petition reads, in part:

“As Governor, you have a chance to restore Indiana’s reputation by working alongside the majority of fair-minded people across the state to affirm that Hoosier Hospitality isn’t just a thing we talk about—it’s who we are at our core. Please stand firm against any attempt to discriminate against LGBT Hoosiers and as you set forth your agenda upon taking office, affirm your support adding gender identity and sexual orientation protections to our civil rights law.”

Chris Paulsen, campaign manager for Freedom Indiana, delivered the signatures along with Kit Malone, who serves as Freedom Indiana’s trans educator. Paulsen said the outpouring of letters is a clear rebuke to what lawmakers have pursued legislatively over the last two years, including the disastrous Religious Freedom Restoration Act.

“The vast majority of Hoosiers want to turn the page on this dark time in our state. Gov.-elect Holcomb has the opportunity to repair the damage that has been done to Indiana and our brand of Hoosier hospitality by ensuring LGBT individuals are protected from discrimination. Our state’s economy, reputation and the lives of LGBT people have been harmed because of this dangerous and discriminatory law. We must take steps to ensure that everyone is welcome to live and work in Indiana.” 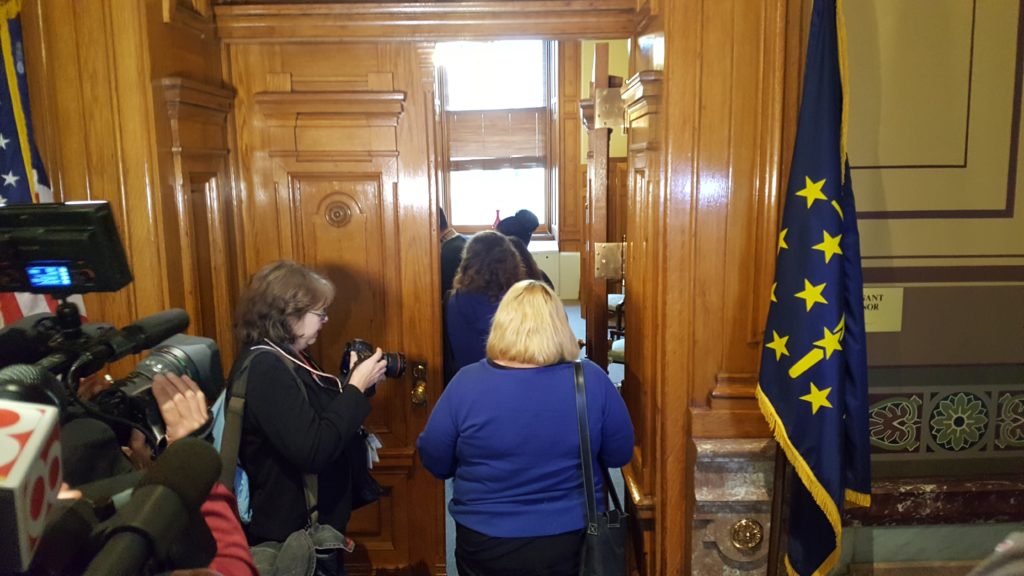 In the nearly two years since lawmakers first proposed RFRA, Indiana has lost nearly $60 million in economic investment and seen its national reputation as a welcoming place tarnished. The law has spurred thousands of individual Hoosiers as well as 500 of the state’s leading employers raise their voices about how RFRA has harmed them and the people they care about.

Today’s action is the first step in what will hopefully be a concerted effort next year by lawmakers to repeal RFRA and enact comprehensive non-discrimination protections statewide.